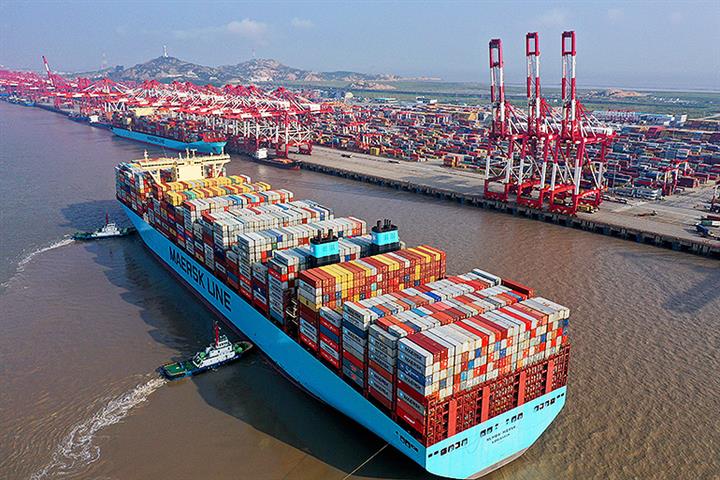 (Yicai Global) Sept. 22 -- The global logistics sector is recovering from the impacts of the Covid-19 pandemic along with some resumed routes and rising prices as the demand for imports is picking up around the world.

Cargo prices have been hiked on the back of rebounding global trade, the Paper reported today, citing Zhao Ping, deputy head of the China Council for the Promotion of International Trade. But the success of epidemic control measures around the world will determine how well that recovery will hold, Zhao added.

Some of that increase in exports should flow eastwards too. Maersk has reinstated its eastbound Transpacific services between Asia and North America after pausing the routes due to the Covid-19 pandemic in the second quarter, the Copenhagen-based firm said in a statement yesterday.

It's a different story in Asia as the pandemic has boosted the demand for made-in-China goods in the US. The volume of containers leaving China for the States climbed 19 percent to nearly 1.1 million twenty-foot equivalent units last month from a year ago, the Nikkei reported, citing US market research agency Descartes Datamyne.

Meanwhile, westbound shipping prices have risen. Container freight rates to the West Coast of the US from China have surged to USD3,867 per forty-foot equivalent unit by Sept. 18, more than double that of last year's average, according to the Shanghai Containerized Freight Index.

Port data checks out. The maximum capacity of Shanghai's cargo routes to North America is rebounding while the Port of Shanghai is nearly always running at full capacity, according to the Shanghai Shipping Exchange.

China's imports and exports totaled CNY2.88 trillion (USD424.3 billion) in August, rising 6 percent from a year ago, according to official data. Its exports grew by 11.6 percent to CNY1.65 trillion and its imports fell 0.5 percent to CNY1.23 trillion.