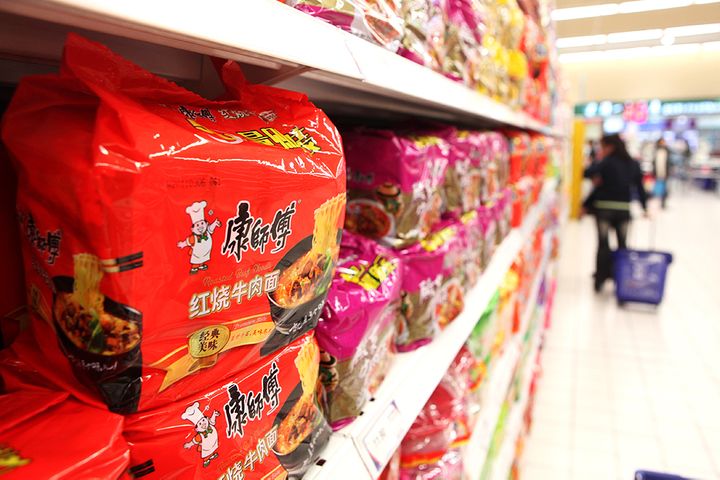 (Yicai Global) Feb. 19 -- Chinese instant noodle producers, such as Tingyi Cayman Islands Holding, Sanquan Food, and Kemen Noodle Manufacturing, have been advancing in the past month amid rising demand for quick foods to prepare at home during the new coronavirus epidemic.

Makers of pre-packaged meals and frozen foods can benefit from the period when most people stay home amid temporary office and shop closures, Huachuang Securities and CITIC Securities wrote in reports.

Meanwhile, a recently created hashtag about the different ways of cooking instant noodles has received 200 million viewers on Sina Weibo. But food producers have struggled to meet the demand as the virus outbreak has delayed production.

As of Feb. 10, three-quarters of Uni-President China Holdings's factories have resumed work, the Shanghai-headquartered food company said in a statement on its WeChat account.

Kemen had only been able to fulfill less than half of its orders by Feb. 12, the Changsha-based firm said in a statement on Feb. 14.

Tingyi's largest plant got back to work on Jan. 28, producing at least 4 million packages of instant noodles each day, the Tianjin-based company said in a statement posted on its WeChat account.