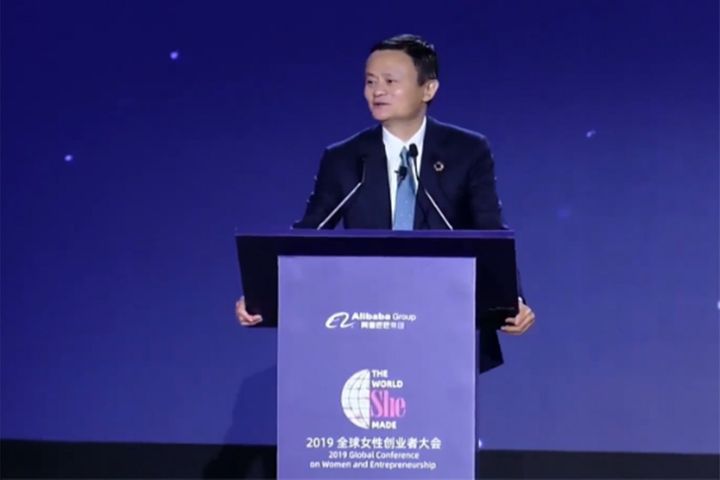 Jack Ma Reveals Women Make Better Taobao Sellers, Says He Wishes to Be a Woman in Next Life

(Yicai Global) Aug. 28 -- Jack Ma has shown what he thinks about women in business, reaching a conclusion that he's hoping to be reborn as a woman.

"Without women, Alibaba would not exist, and Alibaba has a ratio of 34 percent of women as leaders," Ma told Yicai Global at a women entrepreneurs conference in Hangzhou today. "I wish I could be a good woman in my next life and bring more beautiful things to the world."

Ma's words may linger in the halls of the Hangzhou-based tech behemoth after he will step down as the executive chairman on Sept. 10 to be replaced by Chief Executive Daniel Zhang. After nearly 20 years since establishing Alibaba in his apartment in the eastern city, the former English teacher's future plans include returning to education, according to his open letter last September.

In the e-commerce sector, women have an advantage over men as women are naturally adapted to change and, in fact, they embrace it, according to Ma. Some 51 percent of Alibaba's designers and nearly half of its product testers are women. For example, the design and testing of Tmall Genie were done by women.

Women pay more attention to user experience, which helps them to succeed in the digital age, according to Ma. As a result, Taobao's female merchants log a 30 percent higher growth rate of sales in comparison to that of men. One reason behind the figure may be video skills as 80 percent of Taobao's live-streamers are women.