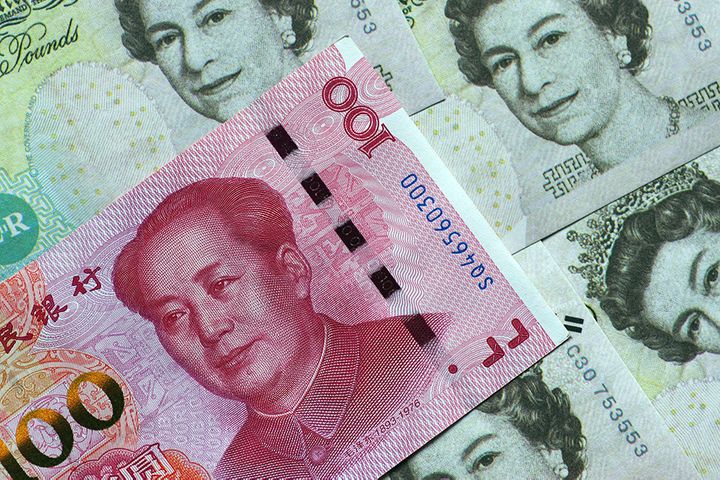 The figure represents an 8.8 percent increase over the first quarter and a 22.9 percent gain from a year earlier, according to the fifth edition of the London RMB Business Quarterly released today by the City of London Corporation and the European office of the People's Bank of China. RMB is shorthand for renminbi, an alternative name for the yuan.

London has grown to be the world's leading yuan trading hub, with levels of the so-called redback going through the city far outstripping that of any other non-China financial center, said Catherine McGuinness, chair of the City of London Corp.'s policy and resources committee. This trend should continue, she added.

Britain undertook over 36 percent of yuan transactions last December, while France and Singapore each processed about 6 percent, according to data from the Society for Worldwide Interbank Financial Telecommunication.

Cross-border transactions between the UK and China also grew significantly with receipts and payments reaching CNY370 billion (USD52.8 billion) in the first eight months of this year, as much as last year's total.

China Construction Bank's London branch, the only yuan clearing house in the city, cleared an average of CNY43.97 billion (USD6.3 billion) each day between June to August this year, up 18.4 percent from that reported in the previous edition. Since the branch opened in June 2014, it has cleared CNY40 trillion (USD5.7 trillion), making London the world's second-largest offshore redback clearing center.

Allowing yuan-denominated bonds onto the Bank of England's list of eligible collateral, a key initiative from the 10th China-UK Economic and Financial Dialogue held in June, would help ease the shortage of high-quality liquid assets in the UK market, the report said. It would also strengthen London's position as an offshore renminbi hub, drive the opening-up of China's bond market and facilitate the internationalization of the yuan.

Seven yuan-based Dim Sum bonds went public on the London Stock Exchange between June and August. Some 102 such bonds, named after a popular Cantonese dish, were trading on the LSE as of the end of August, totaling CNY26.67 billion in value and averaging a coupon rate of 4.33 percent.

The City of London Corp. and the PBOC have been publishing their joint report since September last year.