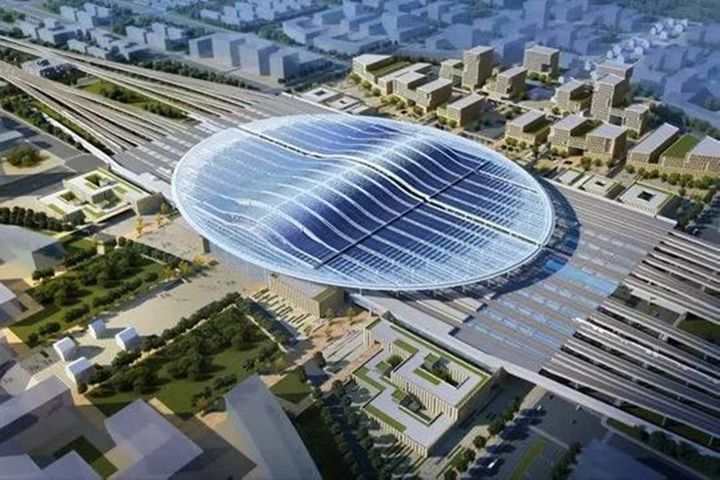 (Yicai Global) Oct. 29 -- The underground structure of Xiongan station on the Beijing-Xiongan intercity railroad was completed yesterday. With a total construction area equivalent to 66 soccer fields, the station will go into use late next year.

It is the largest newly built station on the line and has 11 platforms and 19 tracks, according to the project leader at China Railway Construction Engineering Group.

Xiongan New Area is a huge economic zone being developed south of Beijing. Set up in April 2017, the zone is at the intersection of Beijing, Tianjin and Hebei province and is meant to bring together some of the capital's industries and population. The line connecting it with Beijing is just over 92 kilometers long.

"Passengers in Xiongan New Area can directly reach Beijing, Tianjin and Shijiazhuang when the station goes into service," the project leader said.

It will enable transfers between the Beijing-Xiongan, Beijing-Hong Kong-Taipei, and Tianjin-Xiongan railroads as well as public ground transport and taxis.