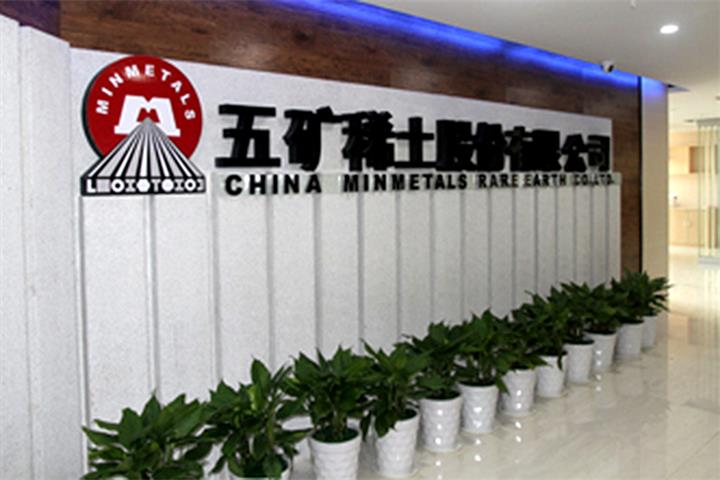 (Yicai Global) Sept. 24 -- Shares in Minmetals Rare Earth jumped today after it announced a strategic reorganization plan in partnership with two other prominent firms in the industry.

Minmetals Rare Earth received a notice from its parent company China Minmetals on Sept. 23 saying that Aluminum Corporation of China, China Minmetals and the People’s Government of Ganzhou City are planning a strategic reorganization for rare earth assets, the announcement said.

Minmetals Rare Earth along with Chinalco Rare Earth and Metals, controlled by Aluminum Corporation of China, and China Southern Rare Earth Group under the People’s Government of Ganzhou City, are three of the six major rare earth companies in China.

The announcement did not reveal further details of the reorganization, saying that it was still at the planning stage.

China is rich in rare earth resources, with its reserves accounting for about 23 percent of the world’s total, according to a white paper on the industry issued by the State Council in 2012. Most of the world’s major rare earth mining and processing companies are located in China.