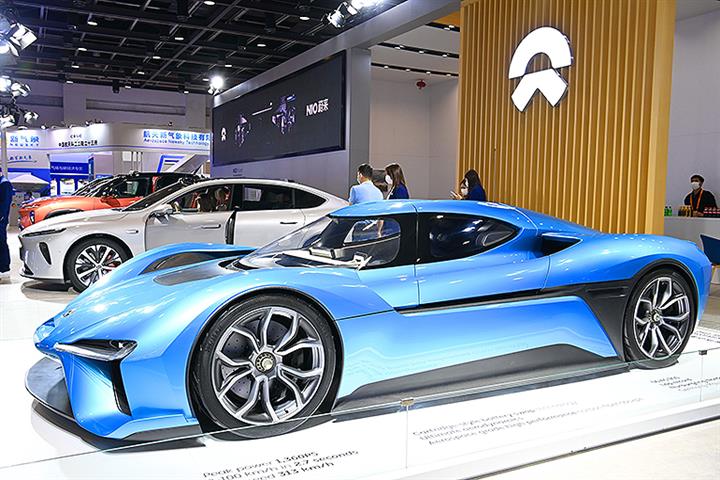 (Yicai Global) Sept. 8 -- Nio raked in record revenue in the second quarter, exceeding CNY10 billion (USD1.4 billion) for the first time, as sales of new energy vehicles boom. This quarter, the Chinese electric carmaker is gearing up to move into the US market and expanding its footprint in Europe.

Nio logged a 21.8 percent jump in revenue in the three months ended June 30 from the same period last year to CNY10.2 billion, according to the Shanghai-based company’s latest earnings report released yesterday. Its gross margin on vehicle sales was 16.7 percent, higher than market expectations.

Nio has been studying the US market for the past five years and is getting ready to enter, it said. The EV maker is also extending its reach into Europe. On Aug. 22, it started to ship its first smart electric sedan, the ET7, to Europe which will soon be available in countries including Germany, Netherlands, Denmark, Sweden and Norway. The firm’s energy storage device factory in Pest, Hungary also started operating this month.

However, despite the jump in earnings, Nio’s losses expanded more than three-and-a-half times in the second quarter from a year earlier and 54.7 percent from the previous quarter to CNY2.7 billion (USD388 million) as its spending on research and development more than doubled, the report said.

High spending on R&D is a common trait among EV makers. Nio spent CNY2.1 billion on R&D in the second quarter, more than rivals Li Auto and Xpeng Motor which splashed out CNY1.5 billion and CNY1.2 billion respectively.

However, some analysts believe that it is the rising cost of batteries and parts, on top of increased investment in R&D, smartphones and online shops, that are the main reasons behind Nio’s widening losses.

Other EV makers are also operating at a loss. Guangzhou-based Xpeng’s losses more than doubled in the second quarter year on year to CNY2.7 billion (USD388 million), while Li Auto logged its biggest quarterly loss since it went public at CNY641 million (USD92 million).

The vehicle supply chain has improved since the second quarter, Chairman Li Bin said. There was a shortage of some parts in July and August that had a limited impact on deliveries but the issues are expected to be fully resolved by next month.

Nio expects to deliver as many as 33,000 autos in the third quarter, more than Li Auto and Xpeng have forecast.

And fourth-quarter shipments should be even better, Li said. Nio’s latest model, the RT5, will start deliveries on Sept. 30 and the carmaker is preparing to ship more than 10,000 units in December. This would make it only the second EV model to achieve monthly sales of more than 10,000 units after the Li Auto One.