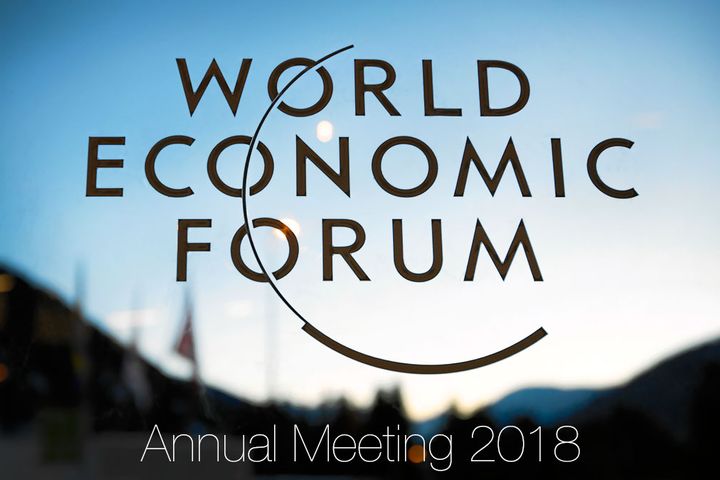 Press Conference: Meet the Co-Chairs of the Annual Meeting 2018

(Yicai Global) Jan. 22 – The Co-chairs of the 48th Annual Meeting of the World Economic Forum will share their view on the theme of "Creating a Shared Future in a Fractured World" as well as their expectations for the meeting on Jan. 23, 2018. Sharan Burrow, Fabiola Gianotti, Isabelle Kocher, Christine Lagarde, Ginni Rometty, Chetna Sinha and Erna Solberg are the co-chairs of the 48th Annual Meeting.

Sharan Burrow is the General-Secretary of the International Trade Union Confederation (ITUC) in Belgium, and an expert on education, industrial relations and social policy. She is the former President of the Australian Council of Trade Unions, and a member of the boards of the Australia Institute, Global Reporting Initiative Stakeholder Council and the Committee for Melbourne.

Fabiola Gianotti is the Director-General of the European Organization for Nuclear Research (CERN) in Geneva, and a globally renowned particle physicist. From 2009 to 2013 she was project leader of the ATLAS experiment, which resulted in the discovery of the Higgs boson. Dr Gianotti has received the Special Breakthrough Prize in Fundamental Physics, the Enrico Fermi Prize of the Italian Physical Society, the Medal of Honour of the Niels Bohr Institute and the Wilhelm Exner Medal. Between 2014 and 2016 she was a member of the Scientific Advisory Board of the UN Secretary-General, Mr Ban Ki-moon.

Isabelle Kocher is the Chief Executive Officer of ENGIE Group, a global energy company. She was the first Frenchwoman to lead a company in Paris's CAC 40 stock market index. ENGIE operates in more than 70 countries, employs about 153,000 people and achieved revenues of €69.9 billion in 2015. Kocher is also a member of the boards at SUEZ and Axa, and chairs the Terrawatt Initiative (TWI), a global non-profit organization which aims at scaling up solar capacity in the world.

Christine Lagarde is the Managing Director of the International Monetary Fund (IMF) in Washington DC. She became the first woman to head the IMF in 2011, following a career in international law and the French government. In 2005, she was appointed France's Minister for Foreign Trade, and in 2007 became Minister of Finance. In 2008, she served as chair of the European Commission's Economic and Finance Affairs Council. After spending the first part of her career at international law firm Baker & Mackenzie, becoming its head in Western Europe, Lagarde became the first female chair of its Global Executive Committee in 1999, and in 2004 was appointed chair of its Global Strategic Committee.

Ginni Rometty is the Chairman, President and Chief Executive Officer of IBM Corporation, and a computer scientist and electrical engineer. Rometty began her career with IBM in 1981 in Detroit, and has held a series of leadership positions at the global technology company. She is also a member of the board of trustees at Northwestern University, as well as the board of overseers and board of managers at the Memorial Sloan-Kettering Cancer Center.

Chetna Sinha is the Founder and President of Mann Deshi Mahila Bank and Mann Deshi Foundation in India, as well as a social entrepreneur, microfinance banker, economist, farmer and activist. She has worked with marginalized communities since 1986 and is a Yale World Fellow. Since 2006, she has developed global partnership programmes that allow corporations in the US and Europe to gain insight into the impact of microfinance initiatives on India's rural population. In 2013, Chetna Sinha was selected as the Indian Social Entrepreneur of the Year by the Schwab Foundation for Social Entrepreneurship and the Jubiliant Bhartia Foundation.

Erna Solberg is the Prime Minister of Norway. She has held a seat in the Storting (Parliament) since 1989, and served as Minister of Local Government and Regional Development from 2001 to 2005. Since 2004, she has been the leader of the Conservative Party. Solberg was appointed Prime Minister of Norway in 2013, and leads a government formed by the Conservative Party and the Progressive Party. She is the Co-Chair of the Millennium Development Goals Advocacy Group.