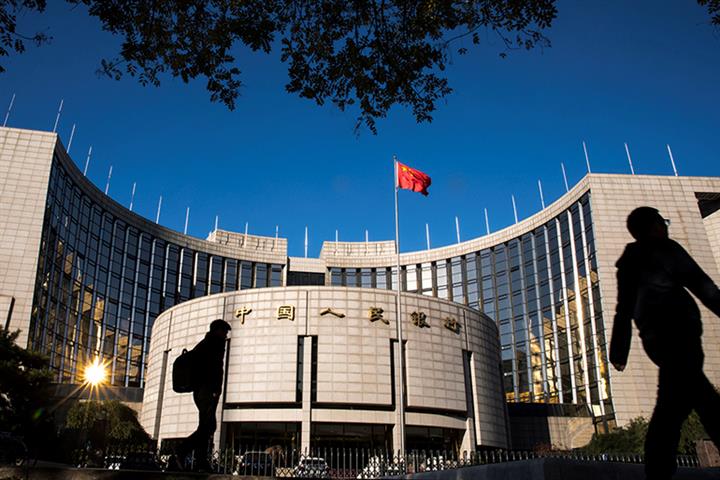 (Yicai Global) June 1 -- A liquidity shortage over the next few months would prompt the People's Bank of China to start cutting the reserve requirement ratio for banks again in the run-up to the fourth quarter, according to economists and market participants.

The prediction is based on wild fluctuations in domestic bond prices and a large rebound in yields even after the central bank injected a net CNY670 billion (USD94 billion) into the financial markets last week in four straight days of reverse repo operations, a process in which the PBOC buys securities from commercial banks through bidding, with an agreement to sell them back in the future.

The RRR is the proportion of a bank's reserves that it must hold at the central bank. Fixing the minimum ratio is one of the policy tools in the PBOC's arsenal. It began reducing the requirement in December 2011 and lowered it four times in 2019, on one occasion specifically targeting smaller lenders.

A liquidity shortage is expected since many earlier PBOC open market operations are set to expire and government bond issuance is set to skyrocket over the next four months, likely triggering RRR cuts, Nomura Chief China Economist Lu Ting told Yicai Global. He expects the cut to reach 100 basis points before September, with further reductions possibly needed before the fourth quarter.

"The government must raise CNY4.24 trillion (USD595.1 billion) on the bond market between June to September, while local government financing vehicles may raise CNY1 trillion more than in the same period last year," Lu said.

This makes it necessary for the central bank to direct liquidity into the market to maintain monetary stability. RRR cuts in the period may be of 50 bps, releasing CNY800 billion of liquidity, according to Goldman Sachs.

"We expect RRR cuts to still be needed even after last week’s open market operations have unleashed great liquidity," a bond trader at a joint-stock bank told Yicai Global. "This is because the bond market is still under corrective pressure in the short run as fund rates haven't fallen, though the supply of funds has increased.”