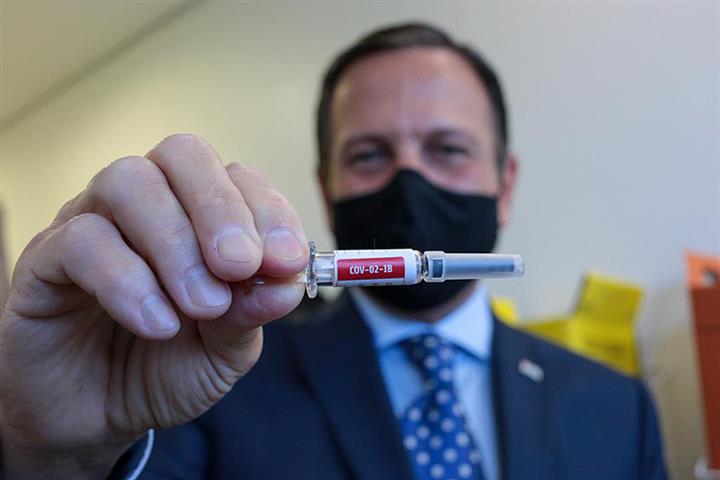 The first batch forms part of 6 million CoronaVac shots ordered by Brazil, the report said, citing Sao Paulo Governor Joao Doria. The remaining vaccines will be delivered in groups and the Instituto Butantan in Sao Paulo will produce another 40 million doses in the South American country.

CoronaVac's Phase III clinical trial in Brazil is about to finish, the governor said. The test results are expected to be submitted to the National Health Surveillance Agency for approval two or three weeks after the trial is completed.

The trial was suspended on Nov. 10 after a test participant died, but local authorities later confirmed that the death had nothing to do with the jab. On Nov. 11, Brazil's National Health Surveillance Agency authorized resumption of the clinical trial.

Sinovac was the first Chinese vaccine maker to go public in North America. The Beijing-based firm has been developing vaccines and related products for 20 years, and is also researching a polio shot.