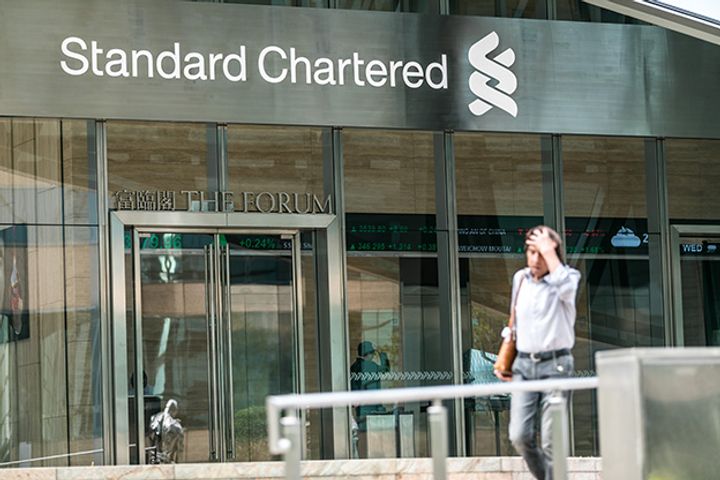 (Yicai Global) Oct. 30 -- A China branch of British lender Standard Chartered has become the first foreign bank to be granted a domestic fund custody license which will allow it to hold securities owned within a mutual fund in China.

With the permit, Standard Chartered China will be able to provide custody-related services to investment products which are offered by Chinese funds and asset managers, the London-based bank said on its website yesterday.

"We are honoured to be the first international bank to be granted this license, which coincides with the Bank celebrating its uninterrupted operations in China for the past 160 years," Chief Executive Bill Winters said.

China is the third-largest global equity and bond market, with a market size close to USD20 trillion. "With the inclusion of Chinese shares by major world indices, China is already being recognised as a major financial market," Winters added.

"This is a big step forward in the further opening up of China's domestic financial markets and a testament to our commitment to supporting China's financial reform and innovation," said Jerry Zhang, chief executive of Standard Chartered China.