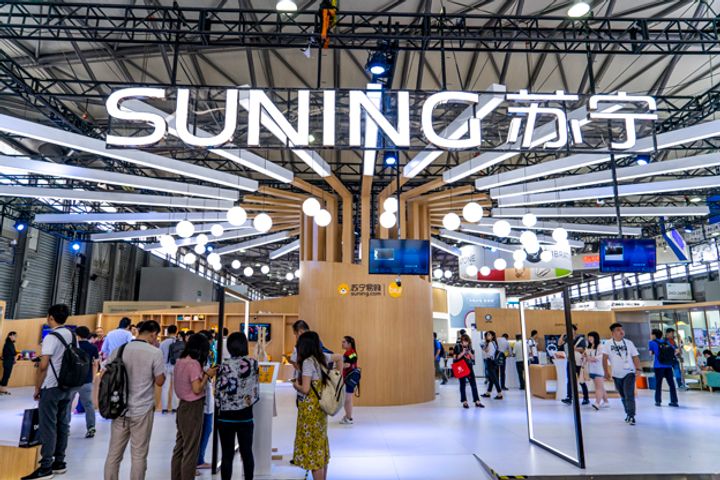 (Yicai Global) June 22 -- Suning.Com and RT-Mart are getting together to expand the home appliance retailer's market share in computers, communications and consumer electronics and upgrade the hypermarket's 3C supply chain.

Under their agreement, the retail giants will jointly run the home appliance 3C business at Taipei-based RT-Mart's existing 393 stores in mainland China and all future outlets, they said yesterday. The collaboration may start as early as August.

The partnership is in line with the New Retail strategy of Alibaba Group Holding, which is a major shareholder in both companies. That policy involves integrating online, offline, logistics and data across a single value chain. The tie-up also makes an alliance between competitors Suning and JD.Com to expand their offline market at Alibaba's expense less likely.

Nanjing-based Suning will supply goods bought centrally from the supply chain to the RT-Mart's 3C counters and share its operating know-how and marketing experience in the segment. The pricing and promotions of RT-Mart's 3C home appliances will follow Suning's on a city-by-city basis.