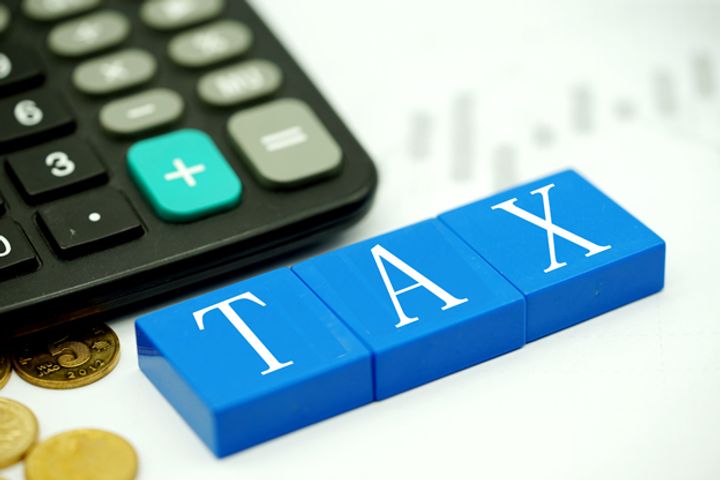 The 38,000 firms that each pay more than CNY5 million (USD745,200) in taxes a year saw their tax burden shrink 0.34 percentage points in 2018 from a year earlier, the State Taxation Administration's Cai Zili told Yicai Global in a recent interview.

These companies booked an operating revenue to cost ratio of 82.4 percent in 2018, down 0.22 point from a year earlier, with the rate of return on common stockholders' equity 0.12 point higher at 4.92 percent, he added.

The figures reflect the effectiveness of the government's tax-cutting policies, according to Cai, who heads the STA's department for revenue planning and accounting.

China lowered value-added tax on industry by 1 point to 16 percent on May 1, while some advanced manufacturing companies also enjoyed a proportional VAT rebate. The bureau collected CNY106.4 billion (USD15.8 billion) less VAT from manufacturers and refunded CNY114.9 billion to them between May and December, SAT data shows.

Last year, the country also expanded the 75 percent VAT deduction rate for research and development expenses to all kinds of manufacturing activity, expect the tobacco sector, to encourage companies to invest more in R&D. That policy drove a 25.1 percent increase in R&D outlays at key tax-paying traditional manufacturers, helping them to transform and upgrade.

The cabinet, or State Council, will further trim VAT on industry to 13 percent this year, based on the government's latest work report.

China is expected to cut CNY2 trillion (USD297.8 billion) in taxes and fees this year, thanks to the VAT easing, tax-break policies in other sectors and other plans such as lower social security contribution rates for employers.