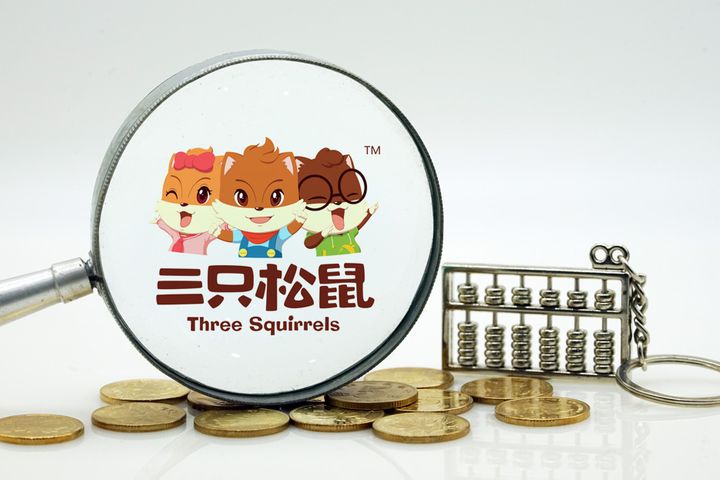 Three Squirrels has grown from a five-person team to a publicly listed company in just seven years. As China's first internet sales-oriented food brand, it has seized the top sales rank on Tmall, the nation's leading e-tail platform, for seven straight years, with accumulated nut and snack trades worth more than CNY20 billion.

"The success today has been achieved amid great e-commerce progress, driven by the Chinese internet and Alibaba Group Holding," Zhang Liaoyuan, founder and chair of the company, told Yicai Global.

At the exchange today, the firm dispensed with the usual custom of having the founders, partners, executives or other staff ring the opening bell. The brand's mascot, three squirrel dolls, did the honors. It was the first time a person has not rung the bell at a Chinese mainland listing.

The company had operating income of CNY4.4 billion in 2016, CNY5.5 billion in 2017 and CNY7 billion last year, with an average annual growth rate of 29 percent. Its operating income last year was CNY1 billion more than the snack market's second-placed firm. Net profit rose 14 percent over the same period, according to the company's initial public offering prospectus.

Three Squirrels said earlier that it was seeking to raise enough money to cover marketing plans, supply chain upgrades and enhancements to its logistics and packaging systems.