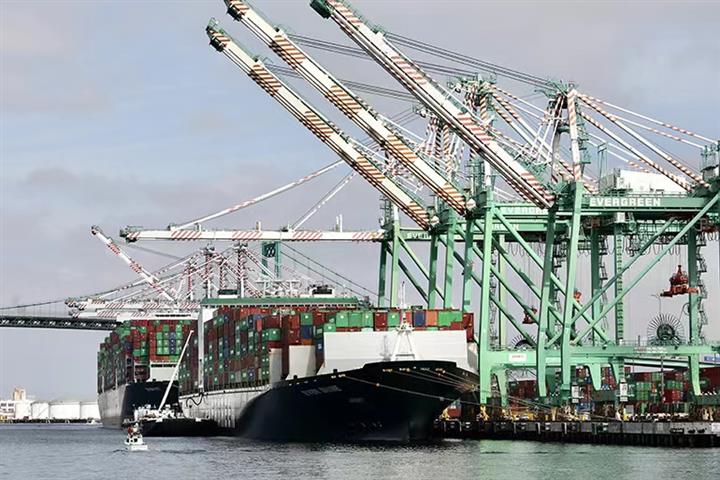 US, China Have to Cooperate on Global Economic Imbalances, USCBC Head Says

(Yicai Global) Nov. 17 -- High levels of inflation around the world oblige the United States and China to join forces to stabilize global economic imbalances, according to the president of the US-China Business Council.

“There is a really serious crisis of inflation, particularly in energy and food,” Craig Allen told Yicai Global in a recent interview, which “compels our two countries to work together to stabilize global economic imbalances.”

Allen expressed hope before US President Joe Biden and Chinese President Xi Jinping held their first face-to-face meeting at the Group of 20 summit in Bali that their talks would “allow both governments to address these problems and work together. If we work together, we could solve these problems.

“We hope that this in-person meeting between Biden and Xi can be the first of many, and we welcome the announcement that Secretary Blinken will soon be visiting Beijing to continue the discussion,” Allen said, adding that “on the fundamental strategic issues, we can reach more stable understandings that allow cooperation on global public goods.”

He said that the USCBC, a nonprofit organization that has represented more than 280 American companies that do business with China since 1973, looks forward to continuing to act as a bridge between the two countries.

Extracts from the interview with Craig Allen appear below.

Yicai Global: Regional free trade agreements are quite common now, for example, the Regional Comprehensive Economic Partnership, the US-Mexico-Canada Agreement, and the Indo-Pacific Economic Framework. Do you think global trade will become more fragmented in the future?

Craig Allen: Increasing regionalization is a good thing. It’s historic that RCEP gets ASEAN countries, Japan, South Korea and China to form a free trade agreement. Through the USMCA, North America is a common market. And again, that’s not a bad thing.

Chinese companies are investing in Mexico along the border to access the American market. We welcome that, and it makes sense since this will reduce costs of transportation significantly and complexity as well.

But how the different regions interact remains an extremely important issue, where the regions are not going to be sealed off from each other. We want maximum capacity for trade and investment within each of the regions. So I think the WTO role here is more important, even as regionalization continues. We see the same trends in Africa. Africa has a free trade agreement, which I strongly support.

I support all of the regions’ integration efforts, because I think it will lead to more prosperity globally the more integrated we are. And the WTO is the structure upon which the regional agreements must rely. A regional agreement without a global structure can can turn into a very negative thing.

Let's try and maintain the WTO standards and authority as much as possible, even while we see greater regionalization.

YG: The US recently introduced two bills that have caused concern in China and among other US trading partners. The first is the Inflation Reduction Act involving subsidies for new energy vehicles, which has sparked controversy in the European Union and other parties. How do you interpret this?

Allen: The people who are most concerned about, particularly about the IRA, are the Canadians and the Mexicans, who have a free trade agreement with the US. If our closest neighbors have a concern, then it's not surprising. I had a dinner with some senior EU officials in Washington, and they were certainly very, very concerned.

YG: The other is the Chip and Science Act, which is also causing concern in the business community. How do you interpret that?

Allen: There are a couple of different things we can talk about on the Chip and Science Act. One is subsidies to American companies; the other are the provisions concerning China, and they are related.

For the subsidies, I would say that when you talk to the American business community, academic community, or government community, they would say that the level of industrial subsidies for chips in South Korea and Japan have led to enormous rate of growth, and the industry is dominated by Northeast Asia. I think that's factual.

The amount of money that the Korean government gives to Korean companies is very large, and so what the American government would say is that they are just  meeting a global standard by providing the subsidies.

Is it the best way to manage it? I think it’s reasonable to refer to the WTO. Is this a WTO legal subsidy, or is it WTO illegal subsidy? That's a good question for the lawyers to debate. I think it is a legal question, and I'm not sure it's a diplomatic question.

The second part of the question is on US government policy towards China’s semiconductor industry. I think it is quite a different issue.

When Adam Smith wrote The Wealth of Nations in 1776, he wrote that free trade is always the best set of principles between trading partners, except when there's a national security element. Both the Chinese and the American governments would agree on that in principle. From the US government's point of view, that does not fall into the protectionism category. It's a national defense category or national security category. And I think that within the WTO there's an explicit way.

I would be critical of my own government during the Trump administration, where they said, we're going to limit steel and aluminum imports for national security reasons. That was really kind of a very, on a global basis, a very negative breaking of WTO norms and and rules, because there wasn't and everybody knew it.

So, at least in my view, we need to have better discipline, so as not to use national security as, if you will, an excuse, for protectionist mechanisms.