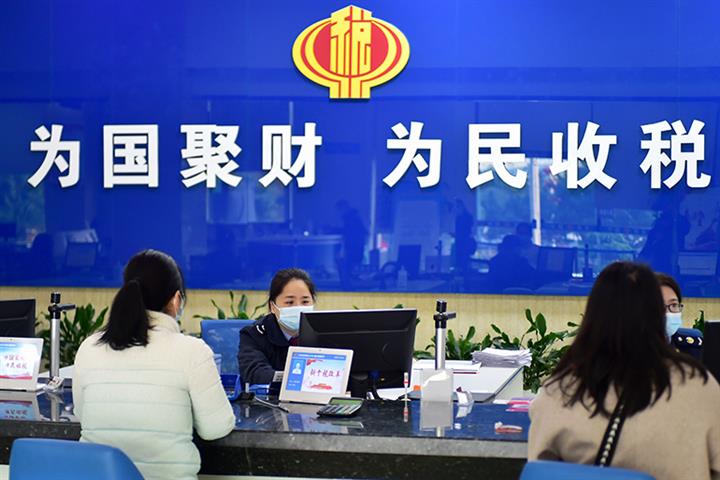 (Yicai Global) July 26 -- Chinese businesses saw sales revenue jump 34.4 percent in the first half from a year earlier, reflecting the economy’s steady recovery, according to the State Taxation Administration.

In the six months ended June 30, 39 of the 41 major industries logged a 95 percent increase in sales over the same period of 2019, the VAT data showed.

The data also reflects the sound development of China’s high-tech industries, the gradual enhancement of the energy supply structure, the rapid development of the environmental protection sector, as well as the recovery in services. For example, revenues at solar and wind power firms jumped 46.5 percent and 39.3 percent respectively.

The economy has picked up steadily, and the market has become more dynamic, which can be seen from the noticeable increase in the number of newly set up tax-paying market entities. Their ranks, as registered with the market regulator and tax authority, reached 6.243 million in the first half of the year, up 27.3 percent from last year and 22.8 percent from 2019, according to STA figures.

Meanwhile, first-half sales by core sectors of China's digital economy rose 34.2 percent, with the two-year average annual growth rate at 20.8 percent, 3.6 points higher than in the first quarter, and 5.7 points higher than the national average, indicating the solid advances made by this new economic driver.