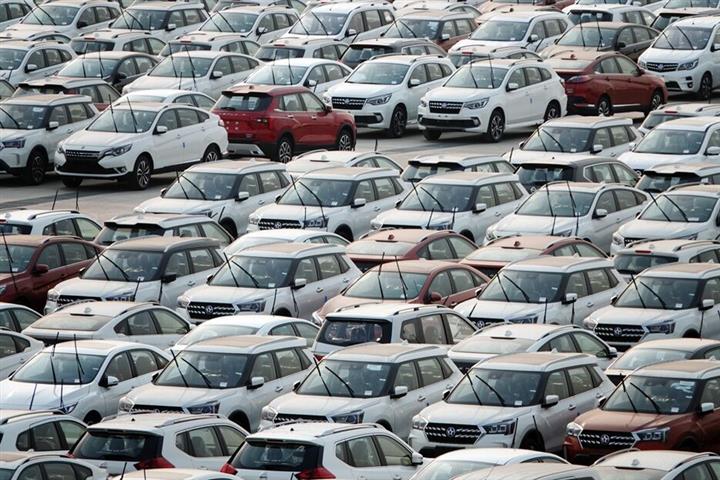 (Yicai Global) Aug. 6 -- More than 1,000 Chinese car dealers have shut down in the first half of this year amid the marketwide sales downturn that only got worse during the pandemic and that figure is expected to further rise despite the recovering domestic demand.

In the first half of this year, nearly 1,020 passenger car dealers closed and a bit more than 820 opened to result in a total of 29,800, a 0.7 percent decrease from the end of last year, the China Automobile Dealers Association said in a recently published report.

China's car sales fell in 2018 for the first time in two decades and the Covid-19 pandemic has intensified automakers' plight as sales are expected to decline as much as 20 percent this year if the epidemic cannot be timely contained abroad, according to a prediction that the China Association of Automobile Manufacturers published last month. Still, the domestic demand was rebounding as in June, sales had jumped 11.6 percent from a year earlier.

A certain percentage of dealers withdraw from the market every year, Lang Xuehong, deputy secretary-general of the CADA, said in the same report. But due to the epidemic, the figure is expected to increase this year, Lang added.

Over the six months, 38 percent of domestic dealers suffered losses, based on the same report. A fifth of dealers increased their sales while among them, 60 percent were selling imported or luxury brands.

Poor market conditions seem to have brought forth disagreements. Since last year, Zotye Automobile, GAC Group’s Fiat Chrysler Automobiles, Borgward, Qoros Auto, and Dongfeng Renault Automotive have all been part of disputes between dealers and manufacturers.