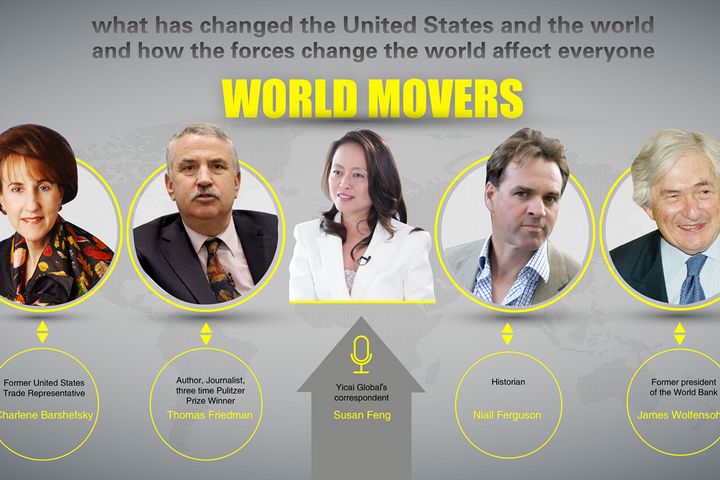 Yicai Global Launches 'World Movers,' a Four-Part Documentary on How the World Is Changing

(Yicai Global) March 12 -- Yicai Global launched a four-episode documentary "World Movers", Susan Feng, Yicai Global's commentator has engaged in deep dialogue with the world's top strategists and economists in an attempt to examine developments in the US and how the world is changing.

Feng conducted dialogues in the four-part documentary with Thomas Friedman, author of The World Is Flat, historian Niall Ferguson, Charlene Barshefsky, the US negotiator during China's accession to the World Trade Organization, and former World Bank President James Wolfensohn. The documentary will be released one episode per day from March 12.