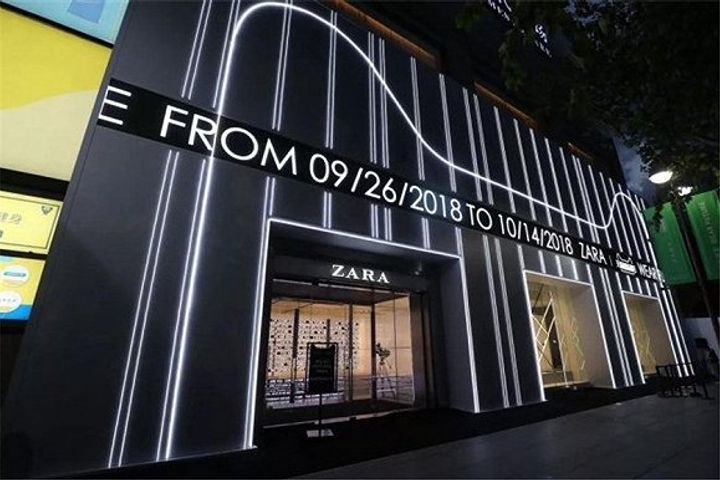 (Yicai Global) Sept. 28 -- Spanish fashion retailer Zara has opened its first Chinese concept store in Shanghai where clients can buy the brand's limited editions and use mobile application for an easier shopping experience.

The firm has cooperated with Alibaba Group Holding's e-commerce platform Tmall to provide shoppers with digital services. Store visitors may scan favorite products' barcodes with the app and wait for a shop attendant to bring the clothes to a fitting room. Buyers can also pay through the platform.

Zara's parent Inditex logged an underwhelming earnings report for the first six months this year, as sales grew at a 3 percent clip which was much less than the over 11 percent rate last year. To bring back the heat, Inditex has put emphasis on digitization, fusing online and offline services, as well as hired young Chinese celebrities to enforce its localized allure.

Founded in 1975, Zara entered the Chinese market in 2006 through opening the first brick-and-mortar store in Shanghai. By the end of last year, the firm operated over 180 stores in China, which is second to only the number of such venues in Spain.