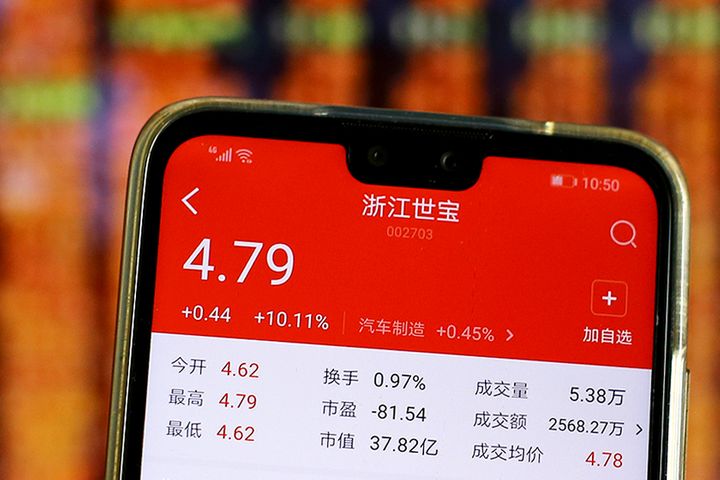 (Yicai Global) Nov. 22 -- Shares in Zhejiang Shibao, a Chinese vehicle parts manufacturer, hit the daily limit up this morning after it announced it would supply steering gears to Swedish truckmaking giant Scania.

A subsidiary under the Hangzhou-based firm struck the agreement with Scania yesterday, the parent said in a statement last night that described the deal as a major achievement in overseas development. The company also supplies to German auto titan Daimler, which owns the Mercedes-Benz brand.