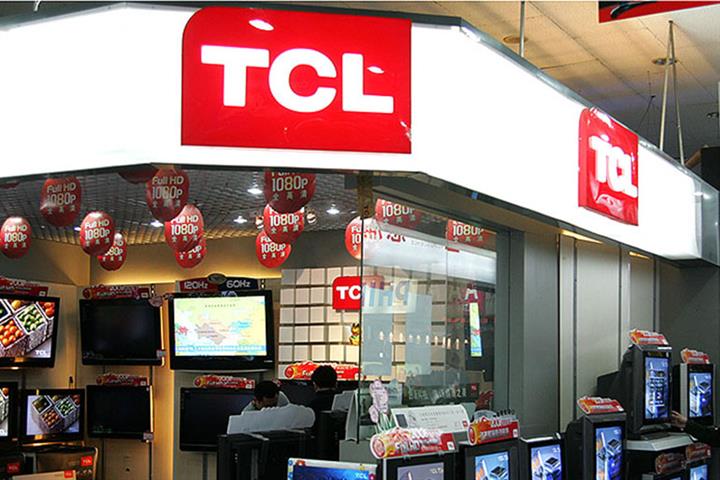 (Yicai Global) July 16 -- Shares in two listed subsidiaries of Zhonghuan Electronic and Information Group crashed by the exchange-imposed limit of 10 percent today on the news that the parent firm’s CNY11 billion (USD1.6 billion) sale to Chinese television set and display panel maker TCL Technology Group is to go ahead.

Both Zhonghuan Semiconductor and TCL confirmed that the takeover was going ahead yesterday.

Zhonghuan Electronic, which is owned by two state-owned investment companies under the Tianjin Municipal Government, put itself up for sale on the Tianjin Property Rights Exchange on May 20. Other companies in the running included Beijing-based IDG Capital, the Zhuhai State-Owned Assets Supervision and Administration Commission and the Wuxi Industry Development Group.

By acquiring Zhonghuan Electronic, TCL aims to improve its positioning in the upper stream of the semiconductor display sector’s industry chain and generate synergies with its display business. The deal should help the two firms take advantage of the transfer of the semiconductor industry to China and keep up with the trends of clean energy supplies and smart electricity grids, TCL said in June.

The deal has not yet been inked, Huizhou, Guangdong province-based TCL said yesterday. The company still needs to carry out its information disclosure and other obligations.