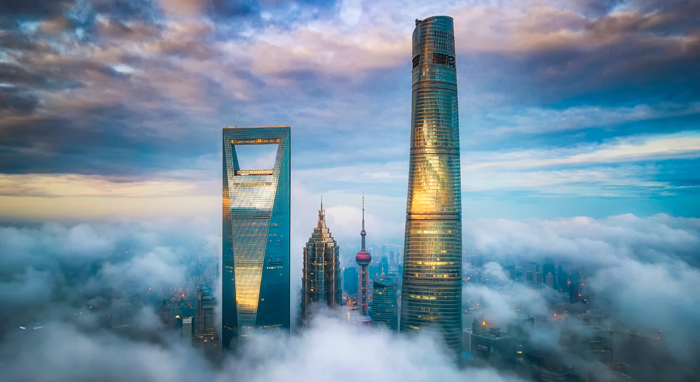 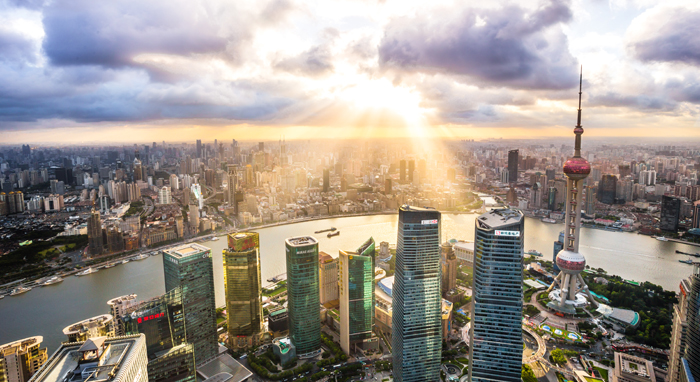 Lujiazui Financial City, which covers nearly 31.8 square kilometers, is located on a peninsula formed by a bend in the Huangpu River and contained by Inner Ring Elevated Road in Shanghai’s Pudong New Area. In April 2015, it was included in the China (Shanghai) Pilot Free Trade Zone, enhancing Lujiazui’s status as a core area of the Shanghai International Financial Center Initiative. Lujiazui’s pillar industries include finance, shipping and commerce and it gets support from professional services, culture and tourism and the exhibitions and leisure sector to form a ‘three plus two’ industrial service structure. It has China’s most complete financial market system, infrastructure and ecosystem, which has helped it gather a host of financial institutions and talent and boost prospects for trade in the area. The region has become home to more than 36,000 companies, over 10 factor markets, 44 percent of China’s foreign-funded banks, one third of China’s public funds, two thirds of Shanghai’s licensed financial institutions, 5,500 emerging financial institutions, headquarters of over 300 enterprises, and nearly 1,000 professional services agencies. It also has a working population of over 500,000, among which 230,000 employees work in finance. Lujiazui benchmarks itself against the world’s leading financial hubs, like New York’s Wall Street and the City of London, and aims to simplify investment procedures, advance trade liberalization and financial internationalization, and innovate financial management and supervision. It hopes to create a more legal, international and convenient business environment to enhance its status as a core area of the Shanghai International Financial Center Initiative, a high-end service area of the Shanghai International Shipping Center Initiative and a highly concentrated cluster of Shanghai International Trade Center Initiative.