10 Chinese Provinces Have an Urbanization Rate Over 60%, but Beijing, Tianjin and Shanghai Are Tops
Lin Xiaozhao
DATE:  Jun 06 2017
/ SOURCE:  Yicai 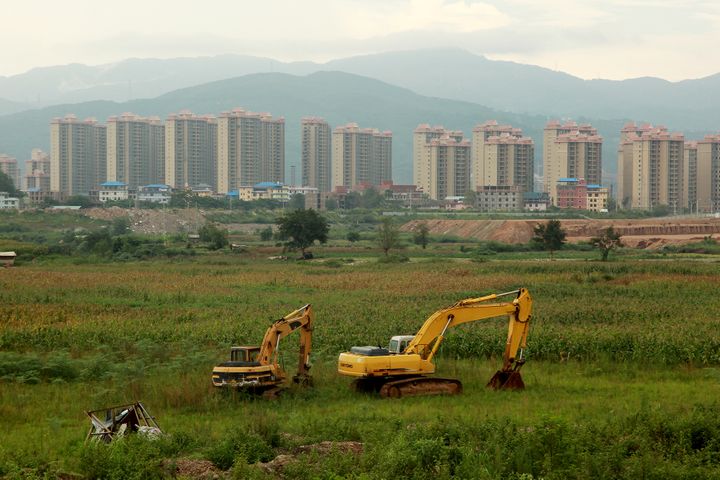 10 Chinese Provinces Have an Urbanization Rate Over 60%, but Beijing, Tianjin and Shanghai Are Tops

(Yicai Global) June 6 -- Upon the analysis of the statistics disclosed by each province in China, Yicai Global found 13 provinces have urbanization rates above the national average, and 10 have a rate of over 60 percent.

Urbanization rates in Shanghai, Beijing and Tianjin have passed 80 percent to reach the level of developed countries.

By the end of last year, the ratio of permanent urban residents to the total population was 57 percent, 1.25 annual percentage points higher, per National Bureau of Statistics data.

Among provincial-level units nationwide, Shanghai ranked first with an urbanization rate of 88 percent, followed by Beijing with 86.5 percent, and Tianjin with 83 percent. The proportion of agriculture and agricultural population to total population in these three is relatively small.

Guangdong, the largest provincial economy in China, ranks fourth. Its urbanization rate last year was 69 percent, approaching the critical 70 percent mark. Jiangsu, the second largest provincial economy, came in at 67.7 percent to rank fifth. Nevertheless, the rate in the Pearl River Delta which had the highest score in Guangdong was 85 percent, while the rate in mountainous areas was only 48 percent. Significant variations also showed in different areas in Jiangsu, with the urbanization rate in its south far higher than in the north.

The urbanization rate of the northeastern province of Liaoning was 67.4 percent, ranking it sixth. As a traditional industrial base, it features massive heavy industries, so its urbanization got off to an earlier start. The province is now undergoing a painful economic transformation, however.

The 18 provinces ranking behind Hubei feature an urbanization rate under the national average. Aside from Hainan and Hebei -- which are coastal provinces with less developed economies -- the other under-urbanized provinces are all in Central and West China. The eight provinces with a rate under 50 percent mainly lie in Southwest and Northwest China.