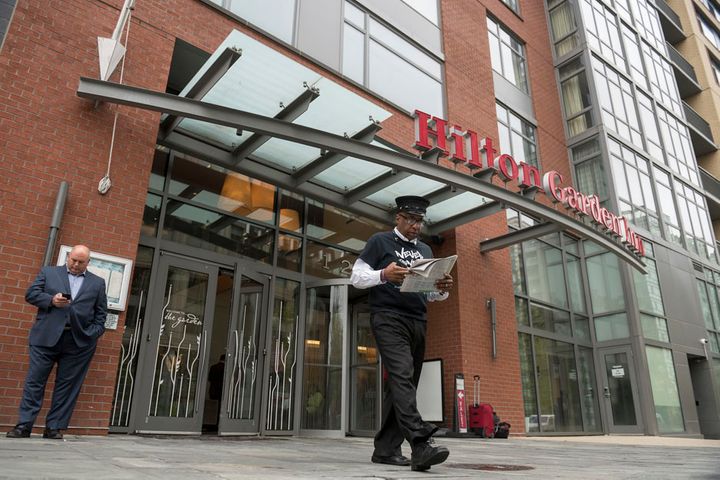 (Yicai Global) Sept. 19 -- Hospitality giant Hilton Worldwide Holdings will open 200 new Garden Inn hotels in China throughout the next six years as it looks to capitalize on space in the mid-priced accommodation market.

Hilton will open more than 40 of the new Garden Inns in first- and second-tier cities in five major city clusters across the country, covering most of the nation's best-developed regions, news site The Paper cited Li Xianfeng, vice president of Hilton brand in China and Mongolia, as saying on Sept. 17 at an investment and branding presentation in Shanghai. It expects the hotels to draw in business and leisure tourists aged between 20 and 40, Li added.

Most foreign-owned hotels in China are luxury accommodations, but local ones are typically economy lodgings, Li said, adding that this leaves a lot of development space for mid-priced hotels.

The Garden Inn brand positions itself as a mid-range to premium marque and has over 100,000 rooms in 800 hotels across the globe. It proposed its In China, For China strategy earlier this year in a bid to better adapt to the local market, where it had 19 branches as of the end of March.

The five areas the new hotels will be located include the Beijing-Tianjin-Hebei region -- the biggest megalopolis in northern China; the middle reaches of the Yangtze River, including Hubei, Hunan and Jiangxi provinces; the Yangtze River Delta, home to Shanghai and the provinces of Zhejiang, Jiangsu and Anhui; the Pearl River Delta, covering central Guangdong province, Hong Kong and Macao; and a collection of cities around Chengdu and Chongqing in the southwest.