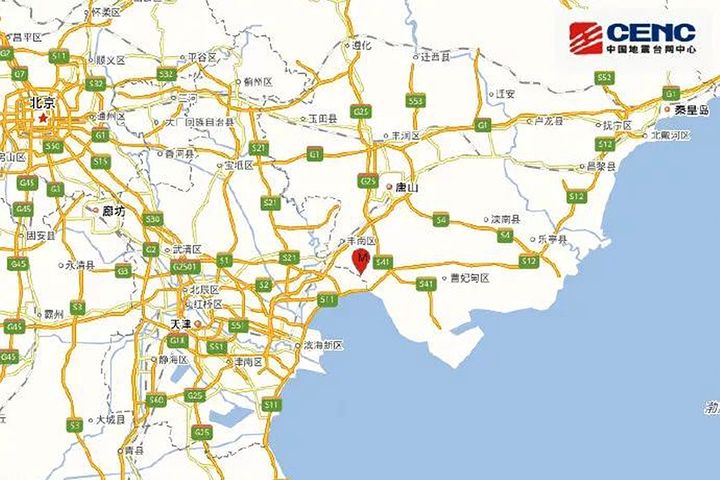 (Yicai Global) Dec. 5 -- A 4.5-magnitude earthquake struck Tangshan, Hebei Province, at around 8 a.m. today, though no casualties or damage to buildings have yet been reported, the China Earthquake Administration said.

Tremors could be felt in Tianjin and as far as Beijing, around 180 kilometers away from the industrial town of Tangshan, which suffered one of the 20th century's most destructive earthquakes in 1976 when a 7.7-magnitude quake killed around 250,000.