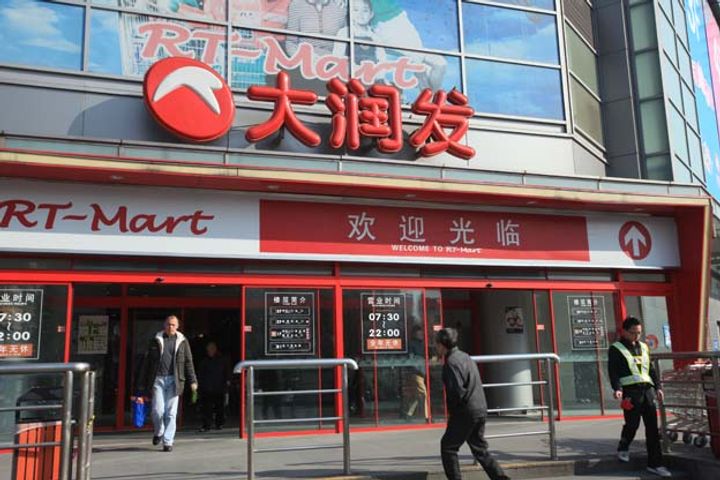 (Yicai Global) June 11 -- Some 100 RT-Mart supermarkets in China have completed the upgrade of Tmall new retail and will take a comprehensive part in the Tmall 618 Ideal Life Carnival. The upgraded stores have drawn on the experience of Alibaba Group Holding's fresh food platforms Hema Fresh and Taoxianda to provide integrated online and offline services for customers within three kilometers, RT-Mart said today.

This is the first time that Alibaba discloses its progress in new retail cooperation after investing in RT-Mart less than six months ago. RT-Mart stated that other stores will also successively finish the upgrade in the future. The upgraded RT-Mart stores can provide integrated online and offline services; thus, they are no longer traditional supermarkets, said RT-Mart Chairman Huang Mingduan.

The New Retail transformation has equipped the RT-Mart supermarkets with the logistics order receiving capabilities of Hema Fresh and the digital store operation management system. After the upgrade, the users who live within three kilometers of RT-Mart can place an order at home on the Taobao mobile phone platform and access to the home delivery service at the same commodity price as that in the stores.

Alibaba Group will invest about HKD22.4 billion (USD2.88 billion) to directly and indirectly hold about 36 percent stake in Sun Art Retail Group, one of the largest Chinese hypermarket operators that controls 446 hypermarkets in China under two brands of Auchan and RT-Mart, Alibaba said in November.