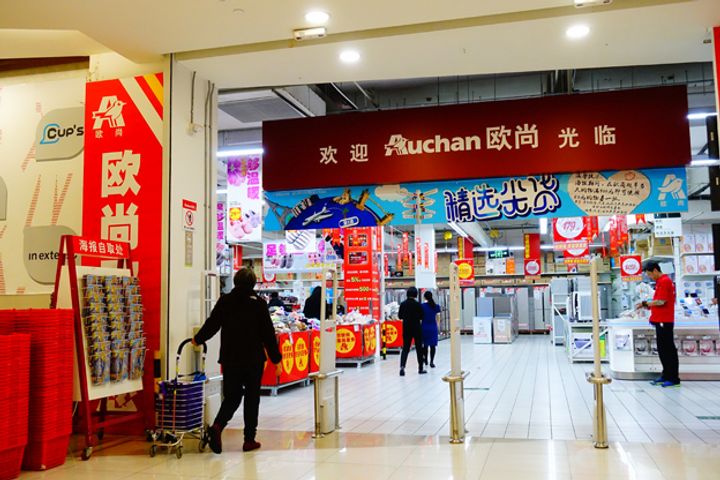 (Yicai Global) Dec. 14 -- French supermarket operator Auchan Retail is handing over its business on the Chinese mainland to affiliate RT-Mart as it struggles to compete against its international rivals, according to a source familiar with the matter.

"The details are not fixed yet, but it has largely been decided that RT-Mart will take over Auchan Retail's China business," an insider close to RT-Mart executives told Yicai Global. "Auchan's original managers will gradually step down or resign," he added.

After the takeover, the pair will link up their background systems to allow them to run more efficiently and help Sun Art Retail Group, which owns RT-Mart and is an investee of Auchan's parent Groupe Auchan, bolster its business, the source said. Alibaba Group Holding, one of China's biggest e-commerce firms and pioneer of the New Retail model, paid Auchan USD2.9 billion for a 36.16 percent stake in Sun Art last November, taking the seller's equity to 36.18 percent from 51 percent.

"Sun Art is counting on RT-Mart to perform well," said Shen Jun, a senior retail analyst. "Though brick-and-mortar retail has struggled over the past few years, RT-Mart has done a great job operationally and opening outlets, and has always been an engine for its parent company. In contrast, Auchan has been out of its element in China."

The firm was one of the first major foreign retailers to enter China when it arrived in 1997, but it has grown much slower than its peers -- like compatriot Carrefour and Arkansas-based Walmart. Auchan only had around 70 stores on the mainland at the end of the first half, far fewer than its competitors.