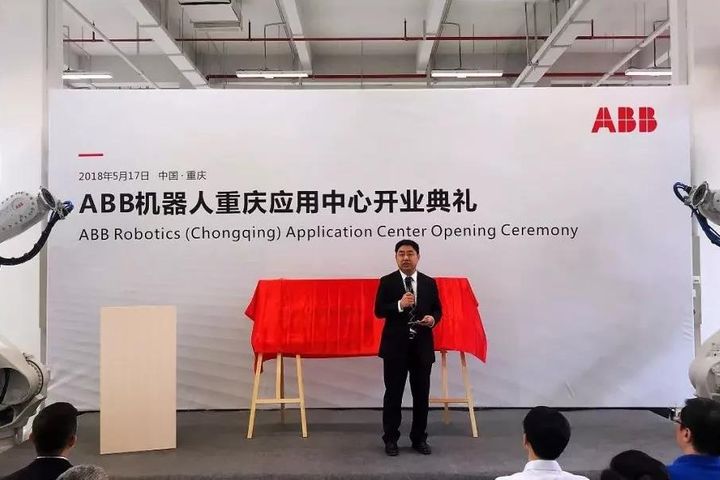 (Yicai Global) May 18 -- Electronics and automation heavyweight ABB Ltd. opened a robotics application center in southwest China, the third one operated by the Swiss multinational in the country. It highlights the fast-growing demand for industrial robots in the world's second-largest economy.

ABB has also two other similar centers in Zhuhai, the southeastern Guangdong province, and Qingdao, East China's Shandong province. The Chongqing center is part of ABB's efforts to further implement its localization strategy, the report said.

Chongqing and its nearby region are very important robotics application markets for ABB, said Li Gang, head of its robotics and motion division in China, adding that the company hopes the new center can help it respond more quickly to the demands of clients in southwestern China.

The center will provide full value-chain support to clients in Chongqing and other parts of southwestern and western China covering application development, front-end sales, system integration and customer services, with a focus on meeting the fast-growing demand for industrial robots in automotive, 3C (computer, communication and consumer electronics) products, equipment and consumer goods manufacturing.

China sold 87,000 industrial robots in 2016, up 27 percent year-on-year, making it the biggest robot market in the world in terms of annual sales, showed data from the International Federation of Robotics, a professional umbrella organization. Sales of industrial robots are set to grow 15 percent to 20 percent per year over the next three years in China, it estimates.