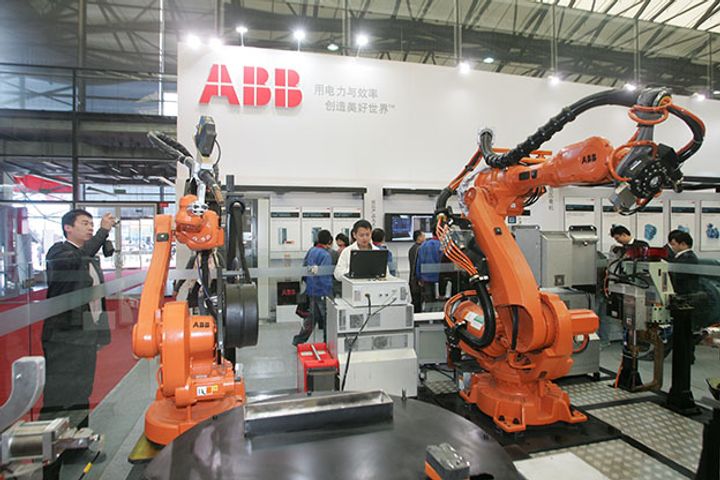 ABB will invest USD150 million to set up the plant in Kangqiao district, the global Chief Executive Ulrich Spiesshofer said to Yicai Global on Oct. 27. The factory will be completed by the end of 2020.

The Zurich-based firm also signed a memorandum of understanding with the Shanghai municipal government to collaborate in the fields of industry, energy, transportation and infrastructure so that the eastern city can speed up its high-tech development.

More than 95 percent of robots sold in China are developed and manufactured domestically. Within the country, Shanghai has become a robotics hub with its nearly 100 related firms.

Machine learning, digitization, and collaborative solutions will be applied to the new plant, and its research and development center will also drive innovation in the field of artificial intelligence.

"Mass customization, faster cycles and constant changes have become the new normal, which is so also true in our local factory," said An Shiming, president of the robotics and motion control division at ABB.

ABB is the only multinational robot corporation which has its whole value chain in China from research and development, manufacture and engineering to services, said Li Gang, head of ABB Robotics in China. The firm has also expanded to the cities of Zhuhai, Qingdao and Chongqing.