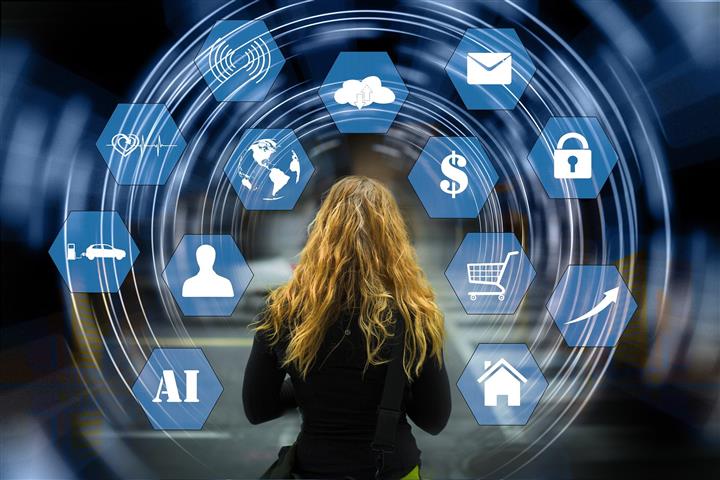 High school students protesting a rise in subway fares on October 18 that year invaded the capital Santiago’s metro and closed it in violent unrest and vandalism that spread throughout the country and forced Pinera to declare a referendum on a new constitution to redress inequities, The Yuan, an AI-centric open community on a mission to put the ‘All-Inclusive’ into AI, reported on September 6.

That disorder ended an effective, but unfair economic system. Chile is among the most developed countries in Latin America. Its neoliberal system slashed poverty to 7.4 percent in 2017 from 34.7 percent in 1990. Inequality remains rife, with incomes of the 10 percent richest 26 times higher than those of the 10 percent poorest, per the Organization for Economic Co-operation and Development.

The new constitution offers the chance for Chile to avail itself of the AI-driven ‘Fourth Industrial Revolution,’ per The Yuan report.

This technological boom is spurring ever more Chileans to study AI. Most use it to reboot their careers. This favorable tableau was also the prompt for drafting the Chilean AI Policy to debut before year's end and stretch to 2030.

Ten experts convened to analyze all AI policies worldwide to learn best practices. Key to all this was the government’s engagement with citizens. Over 1,300 people participated in crafting the program, while another 400 took part in working groups to discuss it, and 15 webinars touted AI and informed about the new policy.

The first of its three prongs outlines basic elements of AI developed in the country, with improved Internet access and quality, broad access to fifth-generation wireless communications, better processing and storage, incorporation of computational thinking, AI at all educational levels and in workforce training, and publicizing data to find solutions that benefit society.

The second focuses on elements that allow AI to profoundly affect a country, to foster Chilean research into it, develop an AI ecosystem and adopt it in industry, push its application in the public sector and to mitigate climate change and strengthen the cultural ecosystem.

The third tine seeks to create a framework for AI regulation and participation in the international dialog on standards, set norms for algorithmic transparency and regulate use of personal data.

The state will anticipate labor market changes from AI and aid less-skilled workers, leverage opportunities automation will bring, and enact transparency and proper use of consumer data policies. Intellectual property incentives will induce creators to publicize their innovations to benefit society. Cybersecurity will be a core component. Women's participation will be encouraged for gender equality and to prevent algorithms holding biases against them.

The results of this policy will later become apparent, but its genesis is one augury of its future success. AI will thus be a mainstay of the hopeful new era upon which Chile is embarking.

Yicai Global is pleased to announce its cooperation with The Yuan (https://www.the-yuan.com) and looks forward to future feature articles from it authored by luminaries of the ilk of Hippo. AI founder Bart de Witte and the many other leading lights in the AI sector who are its regular contributors. The Yuan provides an open community with the aim of averting the emergence of bias and social inequities and inequalities arising from uneven access to AI and, as such, its philosophy closely aligns with Yicai Global's own stance.