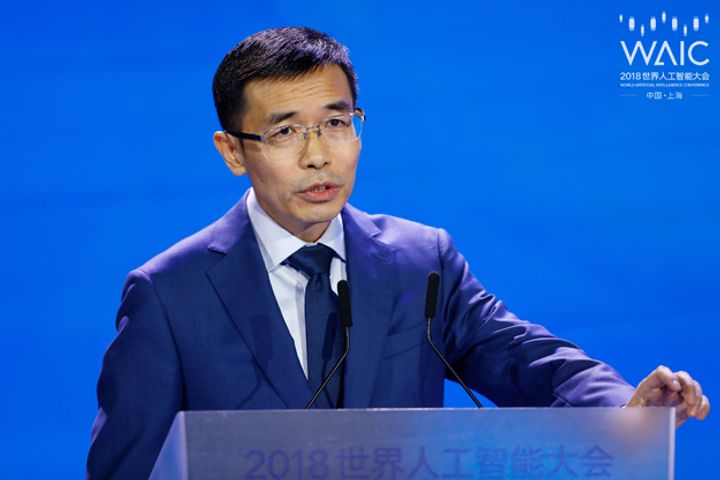 (Yicai Global) Sept. 17 -- Artificial intelligence should be used to boost the power of traditional industries rather than subvert them, the founder of the world's most valuable AI unicorn said at a major industry conference today.

Removing boundaries between AI and industry can improve production efficiency and free up resources, SenseTime founder and Chairman Sean Tang said in a keynote speech at the World Artificial Intelligence Conference 2018, which is being held in Shanghai from today until Sept. 19.

The SenseTime head, known as Tang Xiao'ou in Chinese, referred to the integration of machine learning technologies and traditional sectors as 'AI+,' adding that AI should not remain isolated from other industries.

Tang highlighted the need among AI firms to first understand various industries and establish cooperative and mutually beneficial relationships with a range of firms. He likened the corporate culture of the Shanghai-based firm to the "black sheep of the flock" in reference to the way in which it "dares to be different and innovate."

AI's development needs the combined wisdom of all involved, he said. Global players should strengthen cooperation and open borders to diverse academic research in the field. SenseTime has been actively contributing to the creation of an AI talent-nurturing system and bolstering a mechanism for international cooperation as part of efforts to pioneer the sector's global development.