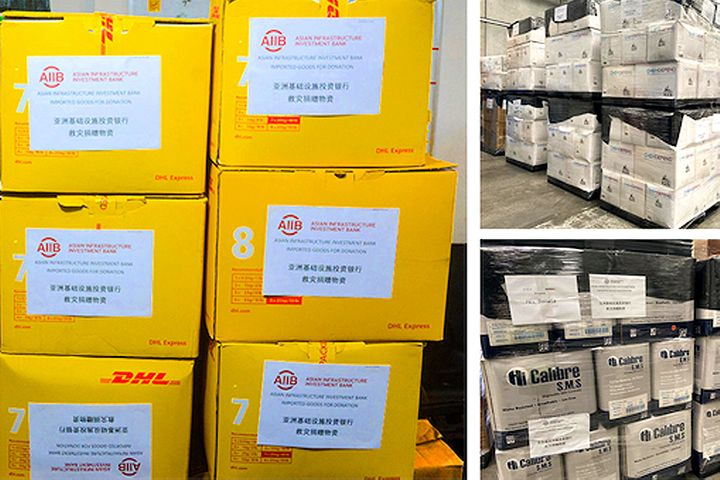 The money was raised from contributions and fundraising by AIIB staff members and will be used to support frontline medical workers in the central Chinese city of Wuhan and in the capital of Beijing, the development bank told Yicai Global.

The AIIB bought 40 tons of medical supplies, including 51,000 masks, 46,000 sets of protective clothing, 17,000 surgical smocks and 21,000 boxes of surgical gloves. The first batch of donated supplies was delivered to Wuhan and Beijing yesterday, with more to come within days.

The Beijing-based multilateral lender said it is closely monitoring the situation in other virus-hit member states and is ready to offer the necessary support to address their public health and related infrastructure needs, even as it funnels endowment funds to China.

The bank is also actively talking with the Chinese government to help the nation strengthen its public health emergency infrastructure and support China's countermeasures against current and future public health crises, it said on Feb. 10. The AIIB has not yet disclosed the specific implementation of this loan project.

The bank is the first multilateral financial institution initiated by China. It came into formal existence in Beijing in December 2015 and now has 100 member countries. As of July, the bank had carried out 45 projects in 18 member countries and approved USD8.5 billion in loans.

In addition to the AIIB, other multilateral financial institutions have expressed their support for China. The New Development Bank, previously known as the BRICS Development Bank, is willing to provide the country with comprehensive backing, including emergency financing, and is actively talking with the Chinese government on specific action, it said in a Feb. 11 statement.