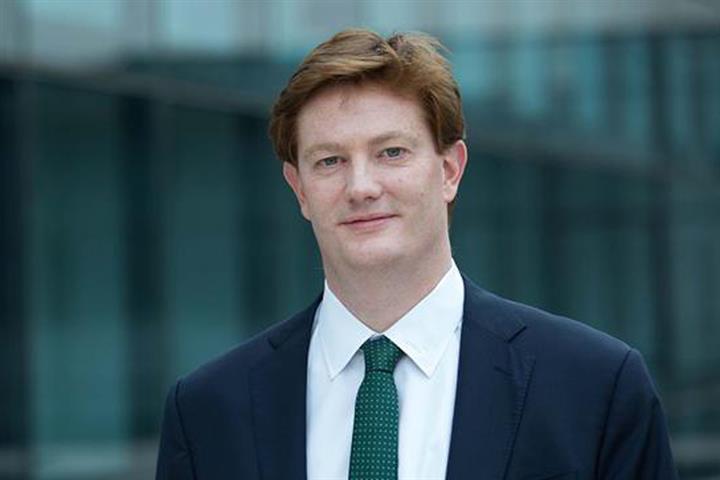 (Yicai Global) May 22 -- The Covid-19 pandemic will push the Asian Infrastructure Investment Bank to broaden its role in certain respects, like paying more attention to medical infrastructure, Danny Alexander, vice president and corporate secretary at the AIIB, said in a recent interview with Yicai Global.

AIIB doubled its Covid-19 crisis response to USD10 billion. The priorities for this facility are firstly healthcare, supporting health systems and emergency response. AIIB has lent to China and India and others and focused on health systems and disease monitoring.

"Secondly, supporting economic resilience in the face of the crisis, and so, we've seen a lot of need from many of our members for support to help their budgets or to help maintain certain programs. A scenario where we're working closely with the World Bank and the Asian Development Bank to get support in a coordinated way to members. We'll see more loans in that area coming forward in the next few days, actually.”

Turning to liquidity, “In some parts of the system, especially the financial system, liquidity is under strain, so where we can do it, where can provide liquidity support to those are the three areas are most important for the facility, and we see strong demands in all of those," he added.

"But I think the other side of it is that the existing business carries on very much. [I] think it's good that many members are still pushing on with investments in infrastructure, in energy, in transport, in urban infrastructure, in sanitation, these areas, and so you'll continue to see AIIB operating in those spaces as well, even during the crisis, because actually to support development, we need to stay with countries for those longer-term plans, not stop because of their crisis."

The world economy is in a very bad situation, but, "We will continue to bring the private sector in. We have an ambition to increase dramatically the amount of private sector business that we do over the coming years, and I think it's very important in the recovery period after the crisis that multilateral banks like the AIIB, are seeking to mobilize private sector capital too, because private sector investors benefit from having multilateral partners that can increase confidence. It can help to bring projects forward, and so we see mobilizing private sector finance as critical and even more critical in the years to come.”

On nations choosing to take unilateral steps to shield themselves during this pandemic, he said, "I think it's quite natural that each country will take care of its own immediate health response. That's entirely normal in different countries [that] have different health systems and so forth.”

The first tenure of AIIB’s first president Jin Liqun starting from January 2016 is coming to an end, per the bank’s rules. The bank must elect his successor at the fifth Annual Meeting of the Board of Governors this year. The new president will take office on Jan. 16 with a five-year tenure.

Regarding the candidate for the AIIB presidency, he said that the president must come from Asia because it is an Asian institution.

"They have very high requirements in terms of the job that we [are] asked to do, and so we say that, and they must have a very good track record of leadership. They have to have a high degree of personal integrity because this is an international institution. They also have to be very familiar with infrastructure and other development challenges and obviously they need a good knowledge and experience of Asia as that's the principle focus of the bank. We're really looking for people who have a track record of operating at a high level. It's a very senior position."

China’s Finance Minister Liu Kun, who is also its governor at the AIIB, nominated the bank’s current president Jin Liqun as the Chinese candidate for its second president on May 19, per the Ministry of Finance.

Sir Daniel Grian Alexander is a banker from Edinburgh, Scotland who was a Liberal Democrat politician and Chief Secretary to the UK Treasury from 2010 to 2015.