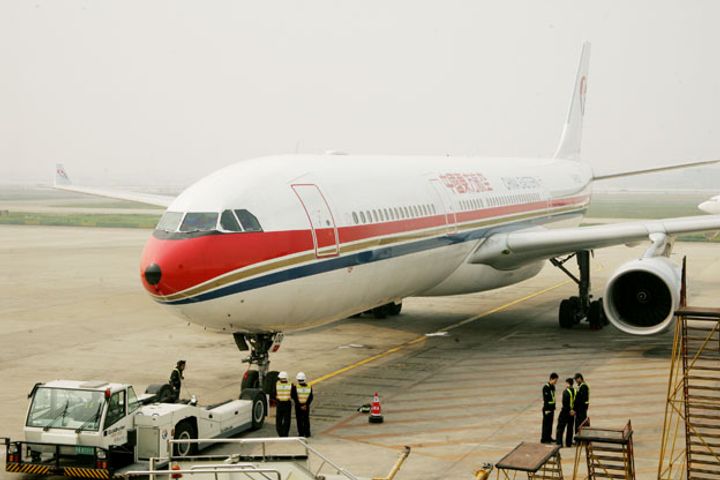 (Yicai Global) Dec. 12 -- Air China and China Eastern Airlines, two of the nation's leading carriers, will once more increase the cost of an economy class ticket on the Beijing to Shanghai route by the maximum allowed, with the peak year-end holiday travel season on the horizon.

Both airlines said the price of a one-way ticket will go up 10 percent this week to CNY1,490 (USD216) from CNY1,360, state-backed news outlet The Paper reported. Flag carrier Air China, which is headquartered in Beijing, and Shanghai-based China Eastern have now hiked the price by the most permitted each year after they and others raised it 10 percent in June.

Early this year, regulators started allowing airlines to price fares based on market conditions, permitting a maximum 10 percent increase per route each season, of which there are two a year.

The cost of an economy class ticket between the nation's capital and its biggest city has room for growth, Orient Securities said in a research report published after the first round of price adjustments.

The Beijing to Shanghai route is considered China's most profitable, with both the number of flights and passengers ranking top. Its customers are mostly business travelers who are less sensitive to pricing. Each 10 percent price increase on the route will boost China Eastern's net profit 3.6 percent and Air China's 2.7 percent this year, Orient Securities said.

Nearly 10,000 flights and 2.3 million travelers flew between the cities in the first quarter, with the average passenger load at 90 percent, public data shows.