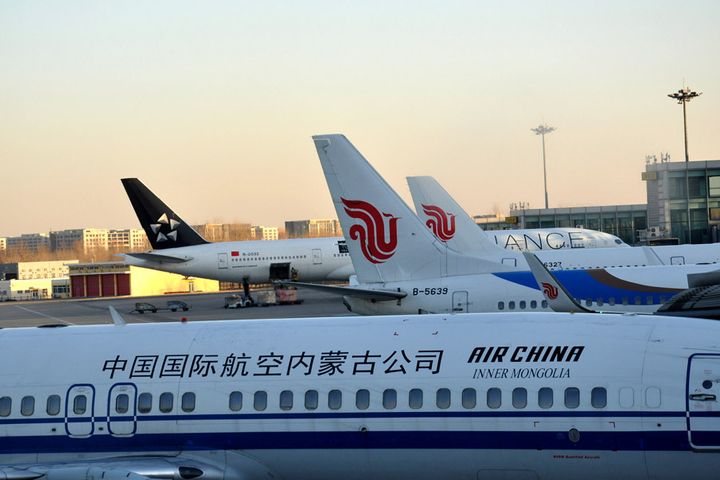 Industry professionals told Yicai Global that the upsurge is due to local authorities attracting carriers with subsidies and a jump in consumption by local residents at the same time as these places become tourist destinations.

Some airlines want to ply routes to cities like Shanghai, Nanjing and Hangzhou but find it difficult to access landing slots there, according to Li Xiaojin, a veteran civil aviation expert. The ability to land and take off during prime time is crucial, he added.

This has forced some carriers to shift focus to airports in third- and fourth-tier cities, hoping to turn a profit on such routes in two or three years, by which time the slots will have become gold.

"When airlines enter these low-tier markets, local governments provide some preferential policies in terms of prices and services, while the airlines limit their ticket prices to improve the load factor," Li said. "This is a great stimulus to local airline markets."

Wind Beneath Their Wings

Shanghai-based Spring Airlines has been using Yangzhou, Ningbo and Shantou as bases for its market development since 2017. Growth potential at these airports is relatively good for the low-cost carrier since there is no competition from the big three of Air China, China Eastern and China Southern. The Ningbo and Yangzhou hubs had annual gains in passenger traffic of 20.5 percent and 28 percent, respectively.

For local governments, the air transport business can improve their city's image and help them lure business and investments, the NDRC's Li said, so they are keen to support airlines seeking to develop business locally.

Land prices around the airports, which are often in relatively remote areas, is also bound to increase as passenger traffic picks up, Li added. This is one of the reasons why local governments, which partly rely on land auctions to raise funds, are enthusiastic about airport construction and back development of the civil aviation sector.

Income levels in some third- and fourth-tier cities in provinces such as Hubei and Henan have risen in recent years, thanks to industry clusters, Liu said. In addition, the local community's increasing demand for high-end travel also fuels development of local aviation. Third- and fourth-tier city residents have also started travelling to major cities or neighboring countries, he added.

Tourism is another factor pushing passenger traffic growth. The number of people flying in and out of airports at famous tourist spots, including Wudang Mountains in Shiyan, Hubei; the Tujia and Miao Autonomous Prefecture in Enshi city; and Hunan's Luoyang, has increased rapidly in the past few years. Passenger traffic at Shiyan Wudangshan Airport and Xujiaping Airport in Enshi jumped 36 percent and 35 percent from a year earlier to 1.18 million and 1.04 million in 2018, public data show.