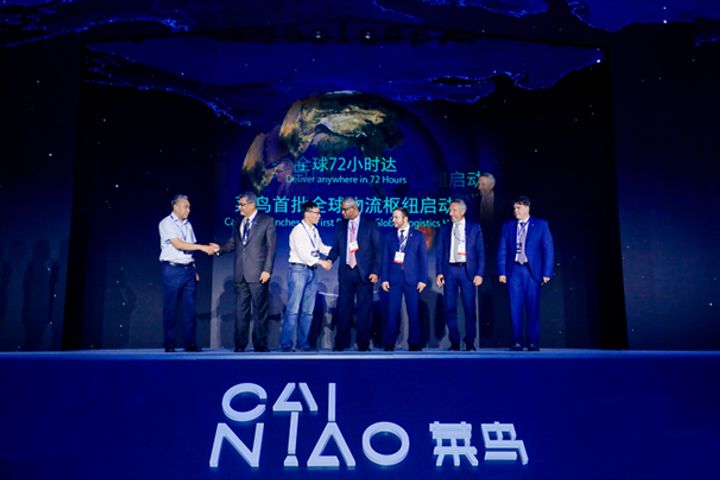 The Shenzhen-based unit will build hubs in Alibaba's hometown Hangzhou, Kualu Lumpur, Dubai, Moscow, and Liege in Belgium, state-backed news site The Paper reported. Southeast Asia, Western Europe and Russia will be the first regions in line for the expedited delivery service.

Alibaba's Executive Chairman Jack Ma is betting big on the global logistics industry, and pledged to pump nearly USD16 billion into the sector to improve efficiency and cut costs via technological advances.

"This network is not only national, but global," he said yesterday at the 2018 Global Smart Logistics Summit in Hangzhou. His ultimate aim is to "connect every courier, connect every warehouse, every hub, every city and every house."

Ma has been building on these plans since as early as 2016, when he set up the first overseas hub for Alibaba's Electronic World Trade Platform, an infrastructure network specifically for cross-border e-commerce, in Kualu Lumpur. Cainiao also set up a dedicated e-commerce airline linking Hangazhou and Moscow in March, the first intercontinental carrier tailored to small and medium-sized enterprises.

Liege will act as a link for the rest of Europe, with packages shipping to the United Kingdom, France, Germany and Spain within five hours. The Dubai hub will connect other European nations as well as countries in Asia and Africa.

Since setting up shop five years ago, Cainiao has delivered to 224 countries and regions worldwide. At the start of this year, it began offering five-day deliveries across dozens of major cities across the UK, Spain and four other countries.