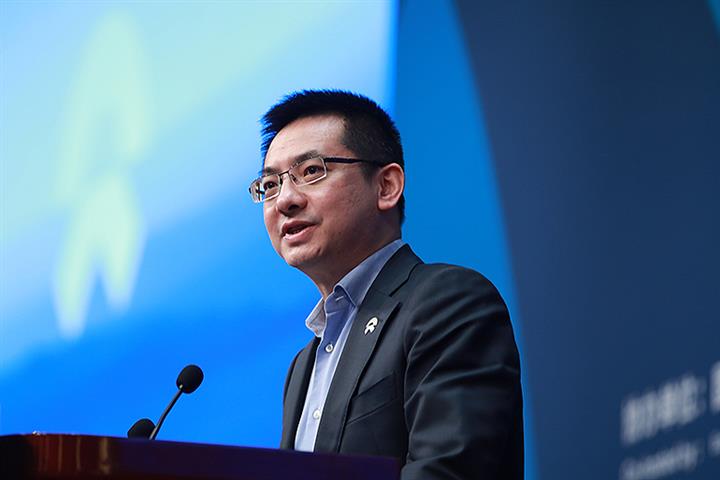 (Yicai Global) Aug. 31 -- Automakers must plan smart electric vehicles with the mindset that these products have an iteration period of about three years, which is a great test of any company's spending, strengths, and determination, according to the president of Chinese new energy vehicle startup Nio.

The development of smart EVs is completely different from that of fuel-powered cars, Qin Lihong told Yicai Global at the 2022 Chengdu Auto Show.

“To develop smart products, you must abide by the pattern of selling products of the current generation, researching and developing those for the newer generation, and preparing for products of the next generation, all at the same time,” he said. “This is an essential strategy and business governance point for the smart EV industry.”

There will be no revolutionary innovations in traditional engines in five or even 10 years, but chips, displays, and software will upgrade in accordance with Moore's law, according to Qin. Buyers consider smart products outdated after just a short period of use, so newer versions are necessary, the Nio co-founder said. For example, the world's best auto-grade display will be a legacy product when applied to EV models in two years’ time, he said.

Such a pattern partly explains why Shanghai-based Nio did not make progress on its sales volume growth since last year and was even surpassed by some newcomers, though it maintained monthly sales of about 10,000 units.

“Nio is the world's only EV innovation firm that has basically finished its first iteration period, and we did it ahead of all our competitors,” Qin noted. “To upgrade our products, adjustments in growth rate are necessary, and this is a rule of thumb.”

Another reason for slowing sales growth is that Nio cars, priced at more than CNY400,000 (USD58,000) apiece on average, are too expensive for many potential customer segments, according to Qin.

Nio's second-generation EV models, the ET7, ET5, and ES7, will start being delivered on Sept. 30, Yicai Global learned. Upgrades of first-generation models, the ES8, ES6, and EC6, are also finished. Nio has also improved and expanded its sales outlets nationwide. These are Nio's visible growth points in the short run.

Higher growth potential and the opportunity to evolve into an industrial giant from a small startup, however, lies in secondary brands. “Better services and battery swap ability are the future goals,” Qin said.

The cars of Nio's secondary brand, Alps, which cost between CNY200,000 and CNY300,000, will be delivered in the second half of 2024, co-founder William Li said earlier on the carmaker's first-quarter earnings conference call.