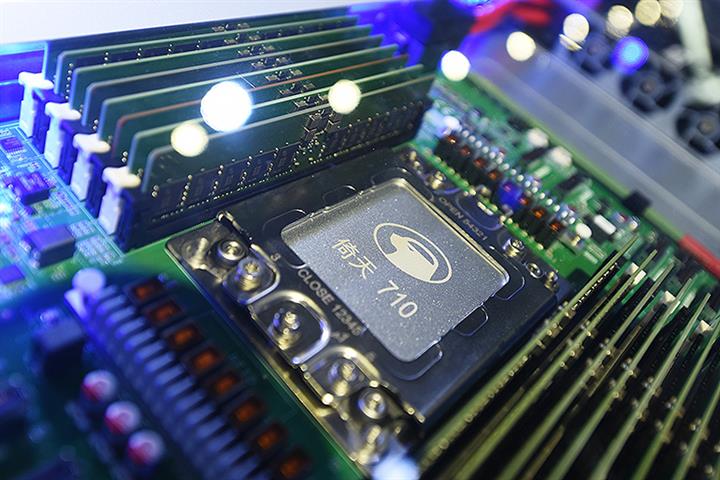 The Yitian 710 chip helps improve the cost performance ratio of cloud computing power by over 30 percent and reduces the power consumption per unit by 60 percent, Jeff Zhang said at Alibaba Cloud’s annual tech event, the Apsara Conference, in Hangzhou.

The CPU will be deployed in 20 percent of Alibaba’s new computing power added over the next two years, Zhang said. And the Hangzhou-based company will continue to expand the utilization of its self-developed chips.

The Yitian 710 was debuted at the Apsara Conference last year. It is Alibaba Cloud’s first self-developed chip for Arm architecture-based services and it mostly targets cloud scenario development as well as integrating the cloud computing and semiconductor sectors.

At this year’s event, Alibaba’s research institute, the DAMO Academy, and the China Computer Federation’s Opensource Development Committee launched an open-source Model-as-a-Service platform called ModelScope which lowers the threshold of AI application and shortens the time needed for code downloads, installation and deployment.

AI models are relatively complicated and usually require retraining before they can be applied in industries, said Zhou Jingren, vice president of the DAMO Academy. At the moment, only algorithm researchers can master AI.

"ModelScope provides over 300 ready-to-deploy AI models, enabling customers to quickly put the models to use by just finetuning them to specific scenarios," Zhou said.

Alibaba's cloud segment, made up of office messaging app DingTalk and Alibaba Cloud, logged a 10 percent jump in revenue in the fiscal quarter ended June 30 from a year earlier to CNY17.7 billion (USD2.4 billion), according to its latest earnings results.