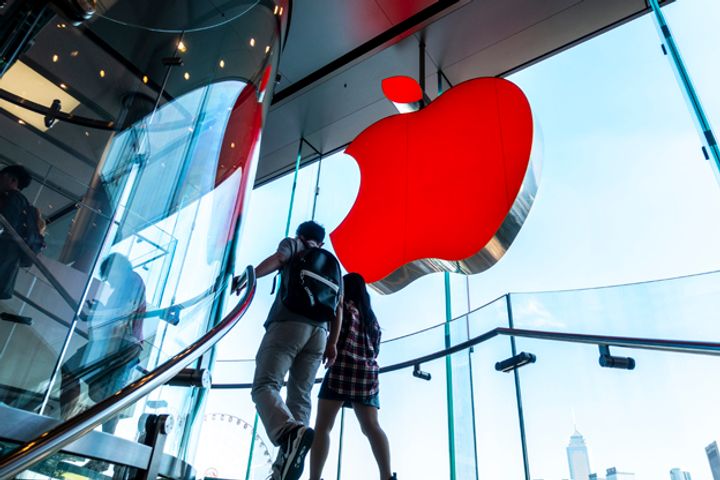 (Yicai Global) Feb. 12 -- Apple's shipments in China declined for the third straight year in 2018, further hampering its market share and allowing domestic smartphone maker Huawei to widen its lead over the American manufacturer.

The California-based firm commanded just a 9.1 percent of the Chinese smartphone sector last year, placing it fifth among all makers, Beijing News reported today, citing a publication from market researcher IDC. Shipments decline by 11.7 percent to 36.3 million over the year, with a 20 percent tumble in the last quarter.

Its single-digit market share paled in comparison to the industry's four biggest players in China: Huawei, Oppo, Vivo and Xiaomi, which came in fourth with a 13.1 percent share. Huawei logged a 6 percentage point gain to capture more than a quarter of the market, while Oppo and Vivo -- both owned by BBK Electronics, secured 19.8 percent and 19.1 percent shares.

"Aside from regular performance upgrades in 2018 and small exterior changes, there have not been any major innovations to convince users to buy the newest models at inflated prices," the IDC report said. "China's severe macro environment [slowing economic growth] and the assault of domestic brands' more innovative products have also contributed to Apple's continued decline."

The struggles were reflected in Apple's income. Sales on the Chinese mainland and in Hong Kong and Taiwan tumbled 27 percent on the year to USD13.2 billion, the firm said on Jan. 30 in its financial report for the first quarter of its fiscal year 2019 -- the final quarter of 2018. Global revenue slipped 5 percent to USD84.3 billion, with income from iPhones falling 15 percent.

The firm is already looking at discounting the iPhone in China, Chief Executive Tim Cook said in a recent conference call with analysts. It has rolled out multiple cuts across the country and ramped up trade-in incentives for older models earlier this year, but how effective the changes have been remain to be seen.

Manufacturers will also need to compete harder to win over competitors' users as the market becomes more saturated, according to the report, which said that vendors will need to conduct in-depth analyses of consumers to optimize their marketing.