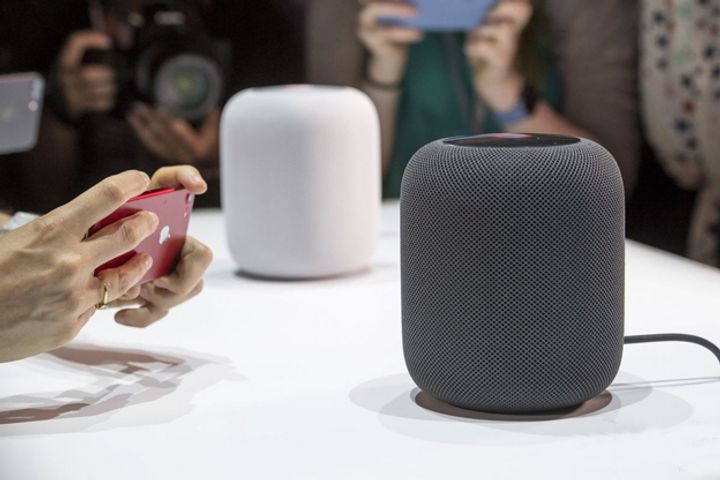 Apple Pushes Back Debut of HomePod Smart Speaker to Next Year

(Yicai Global) Nov. 20 -- Apple Inc. [NASDAQ:AAPL] has pushed back the introduction of its smart speaker HomePod, originally expected to be a major hit during the Christmas shopping season, to next year, the firm said in a press briefing on Friday.

The new follows the delaying of shipments of its flagship iPhone X handset due to insufficient production capacity.

"We need a little more time before HomePod is ready for our customers," Apple said. "We'll start shipping in the US, UK and Australia in early 2018."

HomePod was originally scheduled to ship in December during the Christmas shopping season. Apple did not say reveal a specific date when the smart speaker will become available, nor give a reason for the delay.

Apple's HomePod will integrate Siri voice control system. Apple did not seem to be upbeat about the smart speaker market before rolling out the HomePod. However, it ultimately chose to break into the already-crowded smart home market to gain more profits and to woo consumers by unveiling new gadgets such as HomePod.

It remains uncertain whether Apple, a latecomer to the market, will succeed, given the prohibitively high price of HomePod.

Amazon enjoys more than half of the smart speaker market at present with more than 70 percent globally, while Google has a 24 percent share, according to the latest reports from market research firm eMarketer. The number of smart speaker users is expected to double to 35.6 million globally this year.

"Apple is looking to catch up with its rivals in the smart home market. However, artificial intelligence and smart assistants are not their core products or its top development priority. Google and Amazon, by comparison, are more serious participants," said Ishan Dutt, an analyst at Canalys.