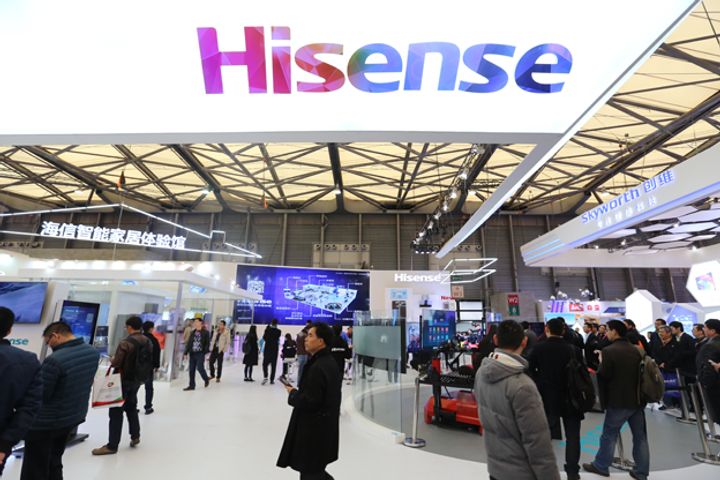 (Yicai Global) Jan. 24 -- Chinese home appliance maker Hisense Group Co., which has sold its products in Russia with assistance from partners since 2014, has decided to pursue the Russian market directly as it expands its presence in the country.

Hisense intends to sell televisions, refrigerators, washing machines and air conditioners in Russia and hopes to secure 5 percent of the country's TV market, Kommersant reported yesterday. The group plans to open an online store in the country.

As Hisense is a sponsor of the 2018 FIFA World Cup, which Russia will host, the company's share of the TV market in the country is set to increase this year, Russian retailers said.

Hisense Group is considering producing TV sets and displays in Russia from 2020. Investment in this project is expected to exceed USD30 million.