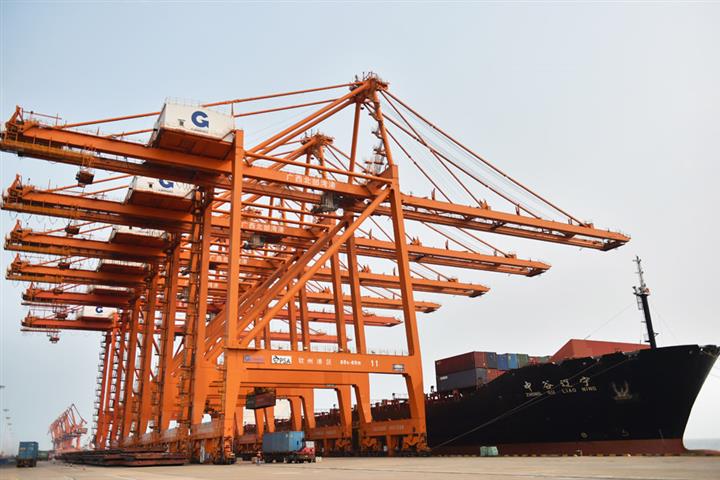 (Yicai Global) April 15 -- The Association of Southeast Asian Nations has surpassed Europe to become China's largest trading partner in the first quarter due to the Covid-19 pandemic and Brexit.

China's trade with the 10 ASEAN member countries widened by more than 6 percent to CNY991.34 billion (USD140.6 billion) from a year ago, according to data that the General Administration of Customs of China released yesterday. Last year, ASEAN replaced the US as China's second-largest trading partner.

Marker insiders opined whether the trend is here to stay. ASEAN is expected to remain China's No. 1 trading partner in the coming months, Shanghai Securities News reported yesterday, citing Liu Xuezhi, senior researcher at a financial research center of Bank of Communications. Cooperation has been boosted in the region after the upgraded protocol of the China-ASEAN Free Trade Area came into force last October while the EU and the US have been hit by the pandemic, Liu added.

But the pie is shrinking. The Asian trade bloc's sudden lead cannot be regarded as a trend, Gao Lingyun, researcher at the Chinese Academy of Social Sciences, told the same news source. A global economic slowdown is inevitable and China's negative growth in exports, caused by declining demand, could continue throughout the year, Gao added. The World Trade Organization has predicted that global trade will drop as much as 32 percent this year.

Over the quarter, China's total value of imports and exports fell by 6 percent to CNY6.57 trillion (USD931.6 billion) from a year earlier.

The fields of integrated circuits and energy were the main drivers of Chinese exports within the Southeast Asian alliance, as well as trade with Vietnam and Malaysia. Within the bloc, China's exports rose by over 2 percent to CNY539.43 billion while imports jumped by nearly 11 percent to CNY451.91 billion.

Meanwhile, western links eroded. China’s trade with the EU fell by 10 percent and with the US by 18 percent.