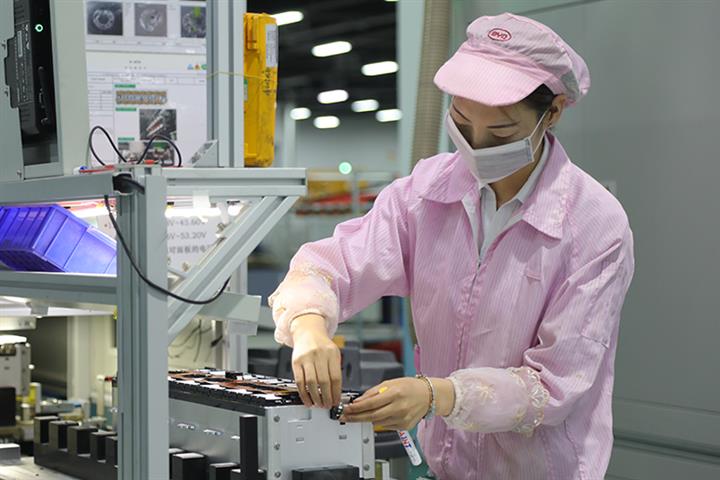 (Yicai Global) May 19 -- The average gross annual salary of China’s urban employees in the private sector rose 7.7 percent last year from the previous year to CNY57,727 (USD8,965), according to the latest data.

The average wage growth rate dropped 0.4 point from 2019, according to data released by the National Bureau of Statistics today. The actual year-on-year increase was 5.3 percent after deducting price factors, it added.

Those working in information transmission, software and information technology earned the most with a yearly salary of CNY101,281 (USD15,730) each, nearly double the national average. Careers in finance as well as technical services also paid well with average wages of CNY82,930 and CNY72,233.

Those employed in the transportation, catering, hotel and tourism industries experienced a drop in earnings due to the adverse effect of the Covid-19 pandemic. The average wage in the hotel and restaurant sectors fell 3 percent, compared with an increase of 4.3 percent in 2019.