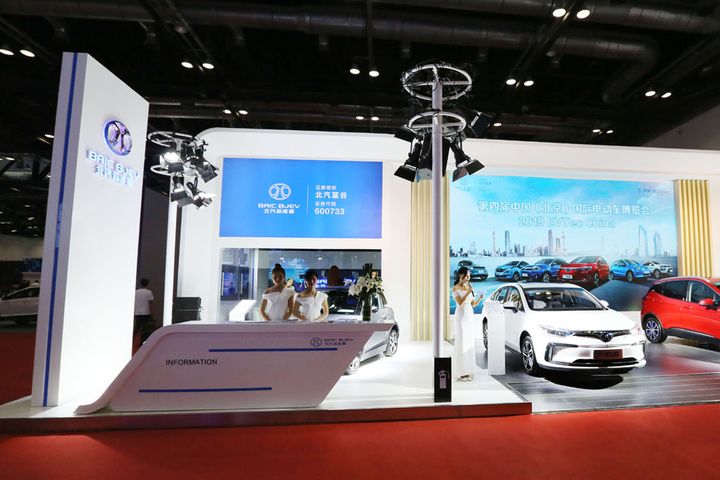 (Yicai Global) Dec. 2 -- The shares of China's state-owned BAIC Group's electric car unit have risen on the back of a deal with Canadian car parts supplier Magna International's Irish unit to roll out their first jointly produced high-end new energy vehicle by the end of next year.

BAIC BluePark's unit will form a joint venture with Magna International Autolaunch Ireland to make 150,000 electric passenger vehicles each year, the Chengdu-based firm said in a statement yesterday. At least some of them will carry BAIC's premium brand Arcfox. The Chinese company will have 59 percent of the JV's equity and the Irish partner the rest.

The deal has been taking shape for many months. In January, BAIC BluePark and Magna International set up a JV to develop car manufacturing processes and test new energy vehicles. In July, they penned an agreement with eastern Zhejiang's government to establish a plant for research and development and production of high-end NEVs.

In the first three quarters of this year, BAIC BluePark's sales volume rose by 21 percent to 98,300 units from a year ago. At the same time, China's car sales dwindled. BAIC BluePark's partnering unit currently makes the models of city car EC, crossover EX, and EU sedan.

Aurora-headquartered Magna International, a supplier for Mercedes-Benz and BMW, has nearly 330 plants in 29 countries around the world.