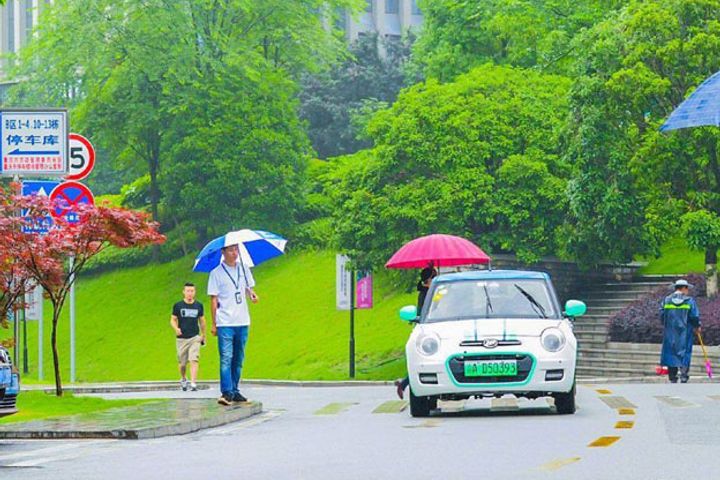 The pair began testing the program in the southwestern municipality on May 24, online news portal NetEase reported. The trials are taking place in Liangjiang New Area Internet Industrial Park and are expected to last around a month, with the six test vehicles employing Baidu's self-driving platform Apollo and its automated parking feature.

Baidu's valet parking function allows cars to detect pedestrians and other obstacles without using light detection and ranging (lidar) technology, meaning production costs are lower than for those out on open roads. The system is restricted to operating within the industrial park, but it can learn through big data to identify more than 98 percent of the different types of parking spaces found on streets so can be transferred to other areas, the company said.

The two firms partnered up in November to promote commercial applications of autonomous driving technology. They hope to have a fleet of around 100 driverless cars covering a broader range of scenarios by the end of this year.

The trial is open to members of the public who make reservations. They can use the Pand Auto app, run by local carmaker Lifan Industry Co., to call the car to pick them up from designated areas within the park. The vehicle will then make its own way to the pick-up point and drive the passenger to their destination. When they arrive, the user can step out of the car and use the mobile app to tell the vehicle to park itself.

During the trial period, all vehicles will have a safety officer on board to conduct real-time monitoring.