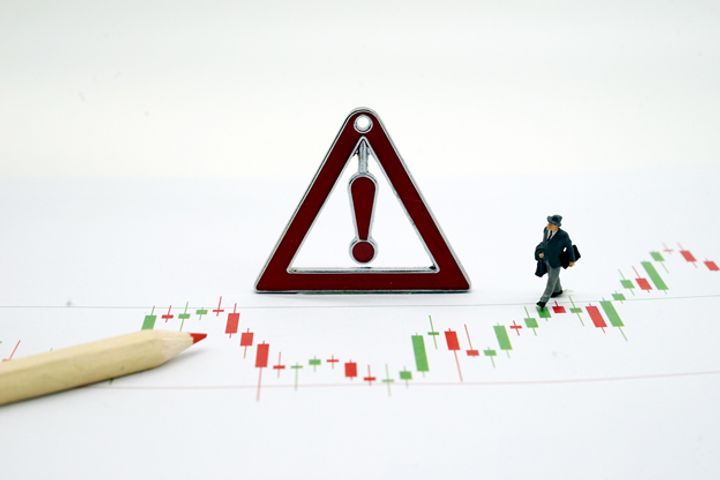 (Yicai Global) March 8 -- China's financial regulators have stepped up efforts to crack down on credit funds flowing into the stock market, with two domestic banks punished this week for illegally channeling money into equities in 2017.

The Luqiao branch of Rural Commercial Bank and the Taizhou branch of Ningbo Bank were fined CNY300,000 (USD44,643) and CNY250,000 for lax loan supervision that led to money unlawfully entering the stock market, according to a penalty list released yesterday by the Taizhou branch of the China Banking and Insurance Regulatory Commission. The list did not disclose the penalties on the borrowers.

Ningbo Bank has since rectified the issue, which occurred in 2017, sources at the lender told Yicai Global.

Regulators have uncovered many such cases of illegal credit funds use in recent years. A penalty of CNY200,000 was meted out to the Yiwu branch of China Zheshang Bank in January last year, and China Construction Bank's Jinhua branch was fined CNY700,000 this January.

The illegal flow of loan monies into the stock market increases the risk of banks incurring credit defaults, so banks should strengthen audits of loans to stop the misappropriation of funds in time, Liao Zhiming of Tianfeng Securities told Yicai Global.