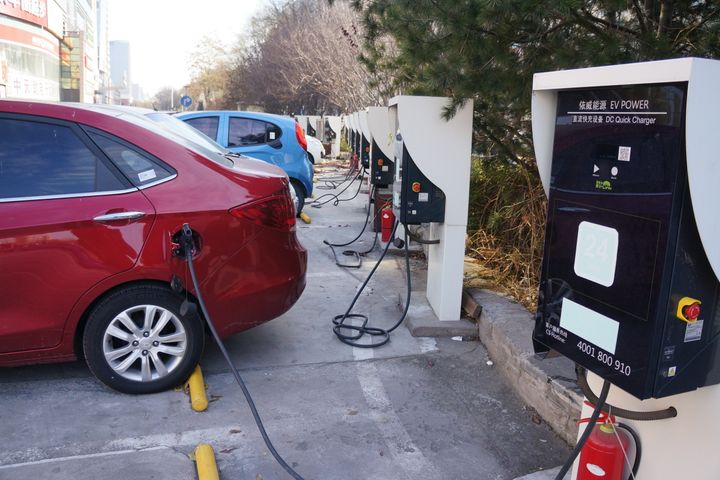 (Yicai Global) Aug. 9 -- The Chinese capital has brought in several policies to vigorously promote the use of new-energy vehicles and built around 92,300 charging piles in a bid to tackle its air pollution problem.

By the end of June, Beijing had subsidized the sales of 135,400 new-energy vehicles, state-owned China News Service cited the Beijing Municipal Commission of City Management as saying on Aug. 8.

"Beijing has formed a public charging network with an average service radius of less than five kilometers within the city's six ring roads," said Nan Bin, deputy director of the commission's refueling, gas and electricity office. "A charging pile can be found in less than two kilometers in the old town areas in Dongcheng and Xicheng districts."

He believes that Beijing will add at least 3,000 public charging piles through this year.

By 2020, you'll be able to find a charging facility within 900 meters in major areas, such as the old town regions, the city sub-centers, the new airport and the Winter Olympics area, he said.

The charging station at the automated parking garage in Soho New Town, located in Beijing's bustling business district, went into operation on Aug. 8. The station is equipped with 101 fast and slow charging piles, which allows it to charge up to 101 cars at the same time and serve more than 500 trips a day. Drivers can also use mobile payments to pay for the charge.