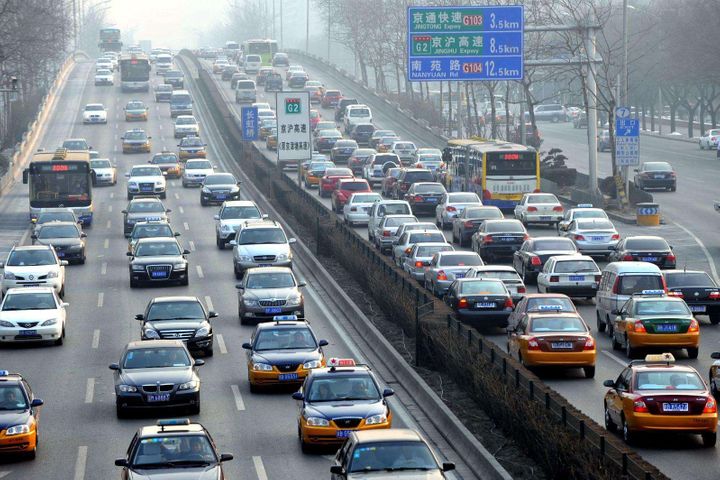 (Yicai Global) Dec. 6 -- Beijing drivers had scrapped 447,000 motor vehicles this year as of the end of last month, exceeding the city's full-year target, per a document released by the local environmental protection bureau.

Heavy-duty diesel automobiles have remained the main source of vehicular pollution in the city. The local government has tightened regulations, introduced guidance policies and incentives, and designated 'low emission areas' in a bid to improve the situation.

Over the long-term, vehicles generate about a third of the area's PM2.5, including particulates in exhaust gas and those that the formation of nitrogen oxides and hydrocarbons create, the document said.

The correlation between vehicle emissions and PM2.5 pollution is stronger in extreme weather conditions. Heavy-duty diesel autos make up 4 percent of Beijing's motor vehicles, and they emit 50 percent to 90 percent of nitrogen oxides and particulates there.