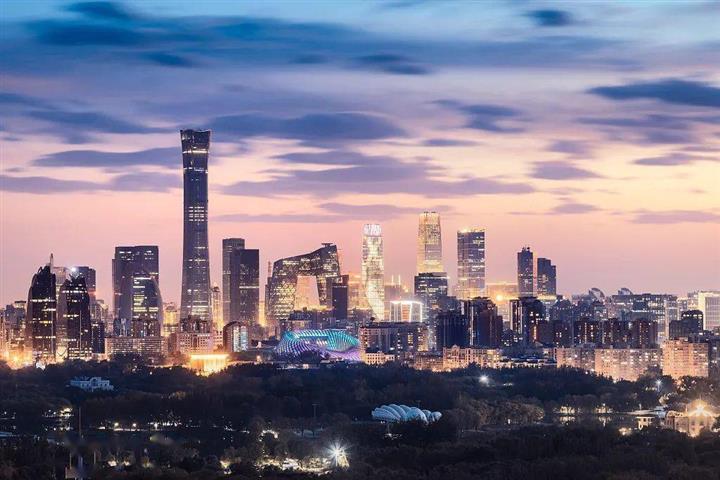 (Yicai Global) Oct. 13 -- In the past 12 months, Beijing has completed more than 80 percent of a plan to boost international trade by setting up a new national-level zone for the services sector and a pilot free trade zone.

China's capital city has implemented 207 of the 251 tasks listed in the plan for the Two Zones, which means 82 percent of the work needed to set up the Integrated National Demonstration Zone for Opening up the Services Sector and the China Beijing Pilot Free Trade Zone has been done, the government said in a recent statement.

The two are the main platforms for Beijing to further open up. The city government released the blueprint for the zones last October to reform and foster new opportunities in services trade, as well as in science and innovation, over a time period of three to five years.

The city has achieved further development in seven areas, including foreign investment access and trade facilitation, according to the latest document.

Over the past year, Beijing has welcomed a number of pioneering projects. Some of the first approved wholly foreign-owned entities include currency brokerage Ueda Yagi, asset manager Allianz Insurance Asset Management, and payments provider PayPal.

To promote trade, Beijing has also unveiled a series of new policies on cross-border e-commerce, including the first nationwide approval for cross-border pharmaceutical e-commerce operators to provide warehousing and third-party logistics services. And the city has opened the first so-called fifth-freedom air route at Beijing Capital International Airport, strengthening cargo links between Asia and North America. Fifth-freedom route operators fly between countries that are not their home bases.

Beijing has further improved its cross-border financial system. It has established a yuan-denominated international fund to carry out direct investment and loan business overseas. It has launched an integrated domestic and foreign currency fund pilot for multinational firms, and raised the overseas investment quota for Qualified Domestic Limited Partners to USD10 billion.

Next, Beijing will benchmark the Two Zones project against high-standard international economic and trade rules. It will study the service sector to build a pilot zone adhering to high-level international free trade agreement rules. Moreover, the city will focus on the digital economy, biomedicine, and green finance to construct a digital trade demonstration area, the government added.