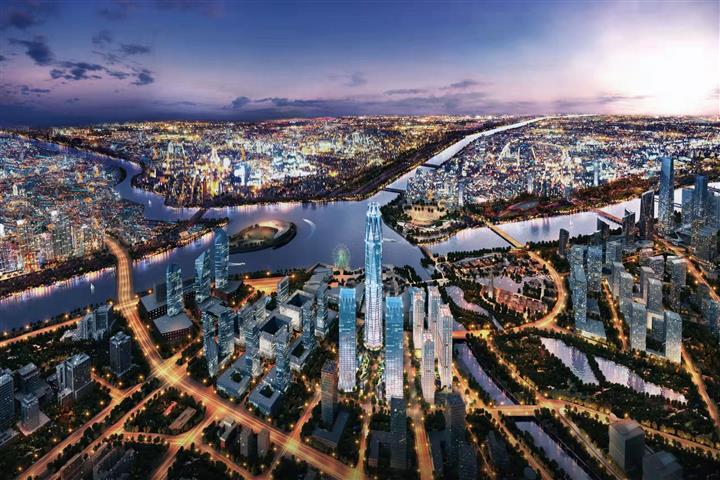 (Yicai Global) Nov. 4 -- In his opening address at the 2020 China International Fair for Trade in Services on Sept. 4 last year, Chinese President Xi Jinping gave his support to Beijing to open up the services sector and the digital economy by creating the Integrated National Demonstration Zone for Opening Up the Services Sector and China (Beijing) Pilot Free Trade Zone.

Beijing will accelerate construction of the so-called Two Zones and strive to build a world-class and favorable business environment governed by the rule of law and create better conditions conducive to domestic and foreign companies developing their business in the Chinese capital, according to Liu Meiying, deputy director of the office overseeing the project.

A detailed plan -- '17Districts + 9Fields' -- was drawn up to clarify the timetable and roadmap for developing the Two Zones by city district and key field and build a multi-dimensional system with district and government departmental support. Since work on the Two Zones was officially launched a year ago, 217 of 251 items on the to-do list have been accomplished, with the completion rate topping 80%.

Construction of the Two Zones is being fueled by policy innovation. With government support, a preferential corporate income tax for technology transfer and a similar concession for venture capital have been implemented, a breakthrough was also made on a policy for transferring shares from private equity funds, while the pilot intellectual property insurance projects are progressing well.

The city’s Chaoyang district is committed to building itself into a model of institutional opening-up, an integrated global resource pool, a pioneer of global financial opening-up, a demonstration area for new scenarios in digital trade, and a pilot area of the model for trade in services innovation so as to promote high-quality development of trade in services and optimize the business environment.

Tongzhou district, based on the function of Beijing's sub-center, is promoting the coordinated development of the capital, the city of Tianjin and Hebei province, specifically planning an industrial positioning for the Canal Business District of 'finance + headquarters' and a leading direction of 'design + urban science and technology industry’ for Zhangjiawan Design Town.

Harnessing the advantages of its airport economy, Shunyi district is strengthening the dual-wheel drive model of 'industry opening + park opening,' and is promoting the opening of the Tianzhu Comprehensive Bonded Zone, Airport Economy Demonstration Zone and Sino-German Industrial Park. The district is also striving to build itself into an airport economy innovation zone of global influence and a demonstration zone for the integrated development of airport, industry, and city.